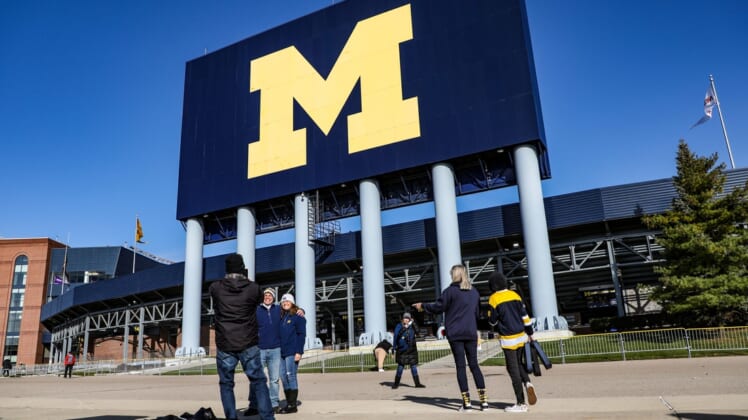 A Michigan Wolverines team captain from the late 1960s is among a group of former students who are suing the university over its response to allegations of abuse levied against former team doctor Robert Anderson.

Henry Hill, a former All-American who played for the Wolverines from 1968-70, is part of the group that filed suit Thursday, saying the university hasn’t allowed them to share their accounts of abuse, in violation of state law.

Hill and nine other victims say they weren’t allowed to speak at the university’s board of regents meeting this summer. A cited policy by the board — that only five speakers are allowed per session — is alleged to be in violation of Michigan’s Open Meetings Act.

The university believes it is accommodating victims properly.

“Anderson survivors have regularly been among the members of the public addressing the board, including as recently as the July board meeting when five Anderson survivors addressed the board,” university spokesperson Rick Fitzgerald told the Ann Arbor News.

The lawsuit is requesting the university put in place better safeguards so that all victims can be heard, not a limited number.