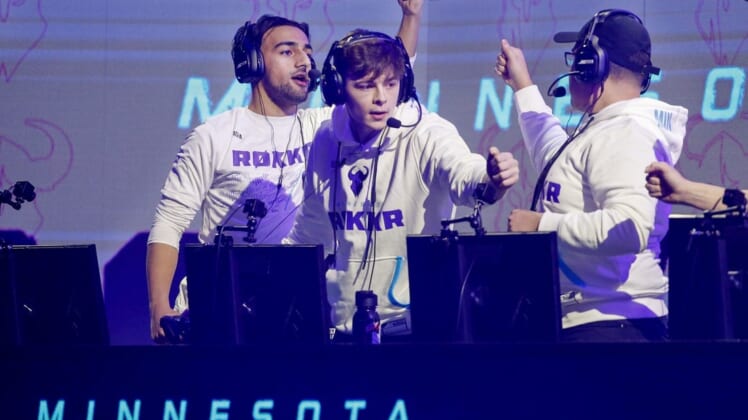 Evil Geniuses extended their win streak to four and 100 Thieves moved into a tie with Team Liquid for second place in the final day of Week 4 action of the LCS 2022 Summer Split event on Sunday.

First-place EG took down Liquid, while Thieves rebounded from a loss on Saturday to defeat Counter Logic Gaming.

Evil Geniuses needed 35 minutes to defeat Liquid on blue, with the United States’ Kyle “Danny” Sakamaki posting a kills-deaths-assists ratio of 11-1-8. Soren “Bjergsen” Bjerg of Denmark posted a K-D-A of 2-1-4 for Liquid.

Thieves took 28 minutes on red to take down CLG. Australia’s Victor “FBI” Huang posted an 8-2-5 K-D-A for 100 Thieves, while Niship “Dhokla” Doshi of the United States posted a 3-5-1 ratio for CLG.

FlyQuest also fell, losing to TSM to remain in a fourth-place tie with CLG.

Playing on blue, TSM took 31 minutes to earn the win. The United States’ Tony “Instinct” Ng led the way for TSM with a K-D-A of 8-0-6. Canada’s Johnson “Johnsun” Nguyen had the only kill of the match for FlyQuest.

In other matches, the last-place Immortals dumped Cloud9, and the Golden Guardians defeated Dignitas.