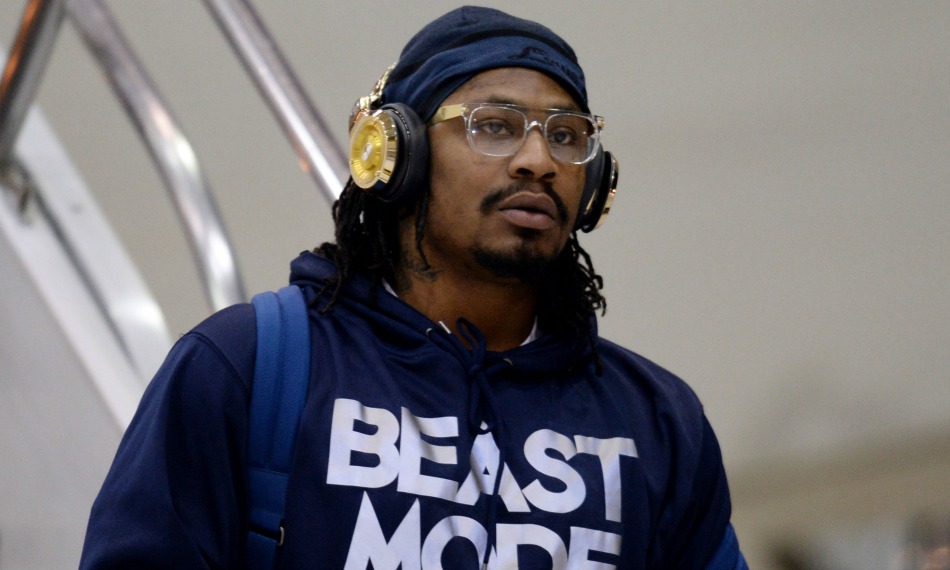 As the United States Senate attempts to push through a roughly $2 trillion stimulus bill to help Americans combat the COVID-19 pandemic, Marshawn Lynch has suddenly entered into the equation.

On Tuesday, Democratic Senators Nancy Pelosi and Chuck Schumer both referenced being at the “two-yard line” on getting a deal done.

Now, most football fans immediately went back a few years to Super Bowl 49, when the Seattle Seahawks had a chance to beat the New England Patriots with a touchdown-scoring opportunity from the one-yard line. Only, rather than give the ball to Marshawn Lynch, head coach Pete Carroll called for a pass that was ultimately picked off, sealing the win for the Pats.

As the Senators’ quotes made the rounds on social media, everyone had the same joke.

Yep. Hand it to Marshawn Lynch. Get this thing done.