Everyone felt sorry for Aaron Rodgers after Packers bungled draft 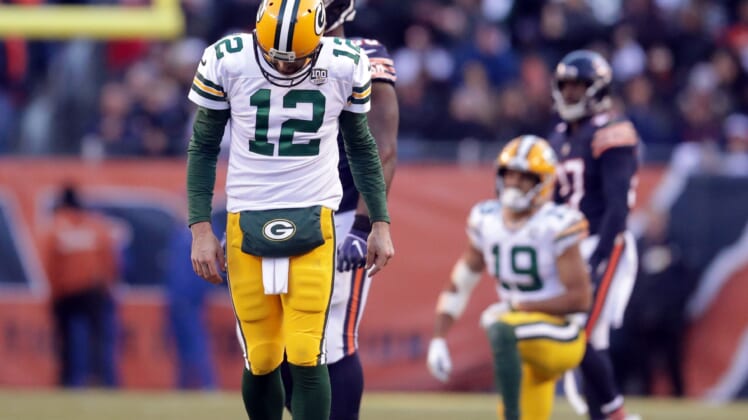 The Green Bay Packers were one win from a Super Bowl appearance last season. Most figured Green Bay would look to find weapons that could help the team win next season.

Starting with the decision to trade up for quarterback Jordan Love in the first round of the 2020 NFL Draft Thursday night, it’s rather obvious that Brian Gutekunst has different ideas.

Selecting a quarterback when Aaron Rodgers is still in his prime represents a look to the future.

That did not change during the draft Friday evening. Green Bay made the shocking decision to select Boston College running back A.J. Dillon with its second-round pick (63rd overall).

Much like the Love selection, this came completely out of left field. First off, Dillon was seen as nothing more than a mid-round prospect. Secondly, the Packers already boast a running back in Aaron Jones who led all players at his position with 19 total touchdowns.

It goes without saying that the Packers were torn to shreds for this latest dumbfounding selection.