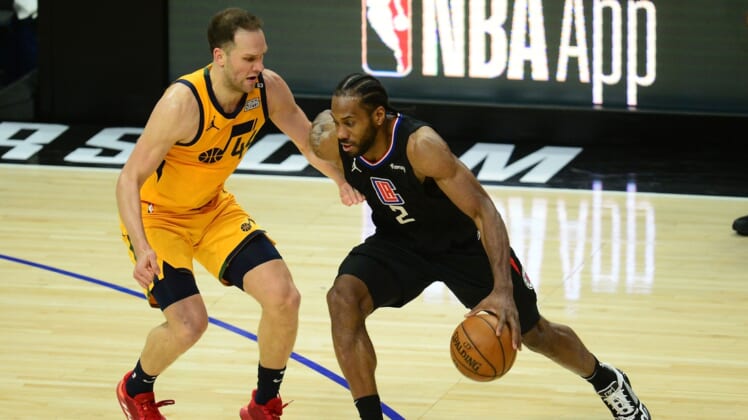 The mystery over when Kawhi Leonard will return from a serious knee injury isn’t something Los Angeles Clippers president of basketball operations Lawrence Frank can shed light on.

Frank said “no one knows” the timetable for Leonard’s return as the five-time All-Star forward continues his recovery from a partially torn right ACL sustained on June 14. Leonard underwent surgery to repair the knee on July 13.

“Oh, we don’t even breach that,” Frank told reporters after being asked if he thinks Leonard will play this season. “I think at this point, it’s just no one knows when you’re dealing with a recovery from an ACL, the time frame.

“Even just to save you guys (from asking) throughout the year, is no one knows. You just attack it day by day. He has a very detailed plan with a great group and we’ll just let his body and the doctors tell us when it’s the right time.”

Leonard injured the knee when he bumped into Joe Ingles of the Utah Jazz during Game 4 of the Western Conference semifinals. He missed the remainder of the postseason with what the team termed a sprained right knee.

The 30-year-old Leonard is entering his third season with the Clippers. He averaged 27.1 points in 57 games his first season and 24.8 points in 52 games last season.

Leonard is a two-time NBA Finals MVP — winning the award with the Spurs in 2014 and Raptors in 2019.

Despite the injury, Leonard received a four-year, $176.3 million deal in the offseason. He is slated to earn $39.3 million this season.