Evan Mobley scores 30 to lead Cavaliers past Clippers in OT 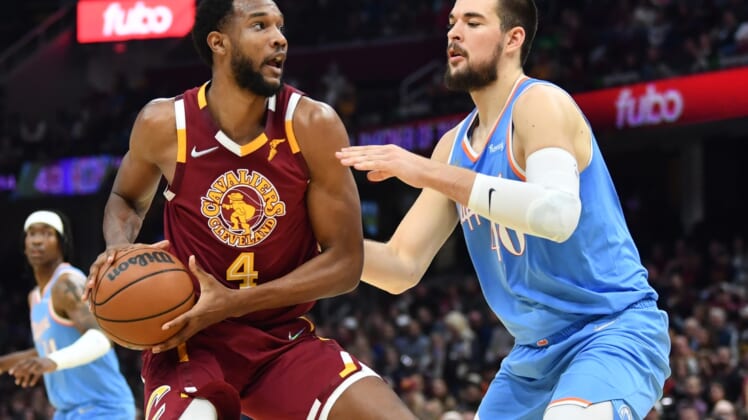 Evan Mobley scored a career-high 30 points to lead the host Cleveland Cavaliers to a 120-111 overtime victory over the Los Angeles Clippers on Monday.

Mobley has solidified himself at the center spot after All-Star Jarrett Allen has been sidelined with a fractured finger. Mobley added six rebounds and two blocks.

Clippers forward Amir Coffey’s free throw with 30.8 seconds left in regulation tied the score at 106 and sent the game into overtime. The Cavs outscored the Clippers 14-5 in overtime.

Center Ivica Zubac paced the Clippers with 24 points and a game-high 14 rebounds before he fouled out in overtime. Coffey added 19 points and Terance Mann had 18 points and 10 rebounds.

The Cavs are in the midst of playing eight of their next nine games at home, including five in a row.

Cleveland welcomed back swingman Caris LeVert to the lineup against the Clippers. LeVert, who missed the previous nine games with a sprained right foot, finished with 11 points and seven rebounds.

The Clippers used a 22-8 run in the second quarter to take a 57-56 lead at halftime. Both Coffey and Brandon Boston Jr. had 11 points for the Clippers in the first half.

Mobley had 12 points and four rebounds in the first half for the Cavs, who came into the game 3-7 in their previous 10 games.

Besides Allen, forward Dean Wade (knee), and guards Rajon Rondo (ankle) and Collin Sexton (knee) were sidelined for the Cavs.

Things were even worse for the Clippers, as forward Paul George (elbow) was sidelined, along with forward Robert Covington (personal reasons) and guards Norman Powell (foot), Jason Preston (foot) and Jay Scrubb (foot). Both forward Marcus Morris Sr. and guard Reggie Jackson were held out to rest, while Kawhi Leonard (knee) has yet to play this season.