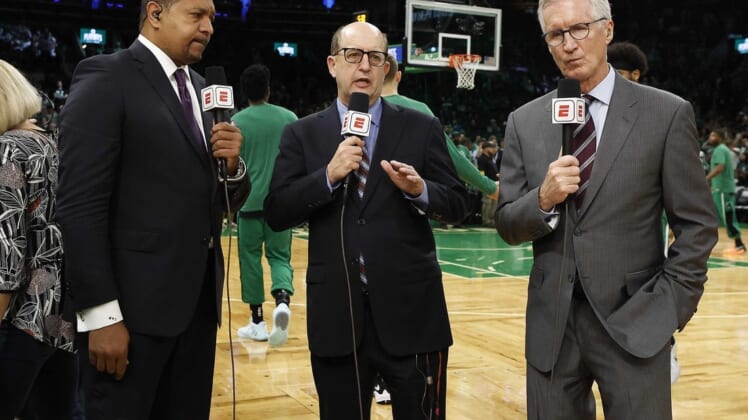 The Boston Celtics and host Miami Heat will meet in the last game of the conference final, with the winner playing the Golden State Warriors in the NBA Finals starting on Thursday night.

Breen called the first six games of the Celtics-Heat series. He will be replaced Sunday by Mark Jones, who will broadcast alongside commentators Jeff Van Gundy and Mark Jackson.

Breen, 61, said he feels well, according to the ESPN spokesperson, and expects to call Game 1 of the NBA Finals.

ESPN said that on Saturday, Breen called people he had been in close contact with in Boston in Friday’s Game 6 of the series to inform them of his positive test. The Heat won that game 111-103 to force Sunday’s Game 7 in Miami.

Breen was inducted into the Basketball Hall of Fame’s 2020 class as a broadcaster. He has been the lead play-by-play announcer for the NBA Finals on ESPN and its sister network, ABC, since 2006.