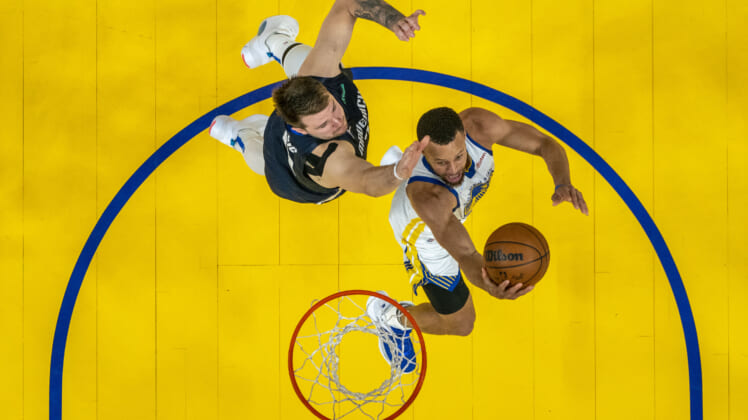 ESPN analyst, and 17-year league veteran, Richard Jefferson says the idea of a shorter NBA schedule is an absolute “joke.”

The current era of the NBA is quite different from what players in the 1970s, 80s, 90s, and even the 00s were used to. For better or worse, fans have gotten used to much of the physicality of the game being removed to try and keep players healthier. And current competitors are shooting threes at a record pace and avoiding the constant contact of a battle in the paint.

A recent trend in athlete health that has not been popular among fans and even the league is players missing games to take what is commonly known as a “rest day.” It is a concept that has grown over the years as superstar talents look to be healthy for a playoff run. However, NBA Commissioner Adam Silver has publicly stated his distaste for the negative effect rest days have had on the league’s bottom line.

In an effort to curtail rest days and give ticket buyers more of a guarantee for their buck, he has recently suggested shortening the NBA Schedule down from its current 82 games. That is an idea that ESPN NBA analyst Richard Jefferson hates. In trying to explain why a shorter season is a bad idea, the former Nets, and Spurs star laid out the fact that players shouldn’t even require rest days in the first place, because they are far better-taken care of by their teams and the league than ever before.

“We have eliminated back-to-backs, we now have a week-long All-Star break instead of like three and a half days. I remember guys used to have to catch flights and play the last game on Thursday, play in the [All-Star] game on Sunday, and then you would have a game on Tuesday or Wednesday,” Jefferson said. “Every team now has sleep staffs, they have extra training staffs, when I came into the league you had two trainers, one doubled as an equipment manager. Now you have massage therapists that travel with teams. Now you want to shorten the season? Like how much more coddling and all of this stuff — go with the players — it makes absolutely no sense.”

The man that played on eight different teams between 2001 and 2018 then went on to explain professional basketball isn’t meant to be easy. The struggle of a long season is what proves greatness, and success in spite of it all is why legends of the game are so revered by fans and their peers.

“Professional sports are not good on your body,” said Jefferson. “It’s supposed to separate the people that can do it from the people that can’t do it. While we do want our best product on the floor, part of greatness is longevity. That’s what Michael Jordan did, Kareem Abdul-Jabbar, Lebron James, all of these guys we talk about their greatness over a long period of time. And to keep eliminating, and dialing back to the point; there’s nothing else for the players to do.”

Jefferson destroys the idea of a shorter NBA schedule

By the end of his tirade, Jefferson broke it all down to the brass tacks. In his mind, a shorter NBA season to end rest days is a “joke” because players are still going to take maintenance days nonetheless. Why give them both when they are making the highest salaries in the sport’s history.