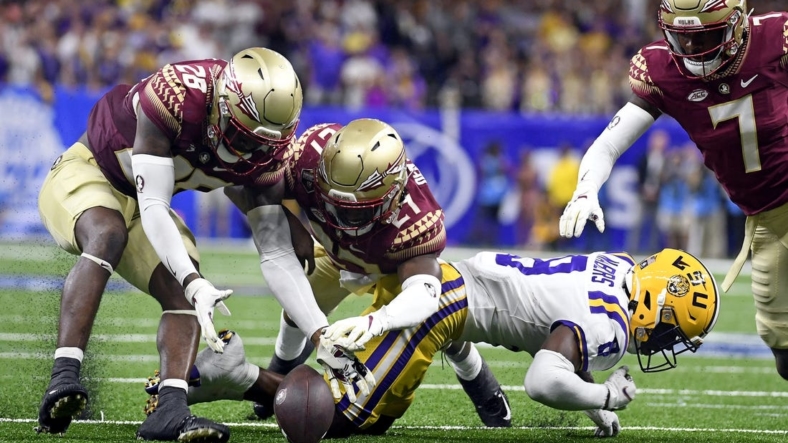 The campuses of LSU and Southern University are separated by just about 10 miles in Baton Rouge.

But the two neighbors have never faced each other in football.

That changes Saturday night when the FCS Jaguars (1-0) visit the FBS Tigers (0-1).

LSU head coach Brian Kelly said he’s excited about welcoming an HBCU to Tiger Stadium for his first home game. But it’s more important that the Tigers fix a lot of breakdowns that they had in a season-opening 24-23 loss to Florida State in the Superdome last Sunday.

“The reality is we’ve got some learning to do,” Kelly said. “We’ve got to coach better, and we’ve got to play better.”

LSU made a field goal on the game’s first possession, then trailed 17-3 and 24-10 before rallying late in the fourth quarter. It scored a touchdown as time expired but failed to force overtime when the extra point was blocked.

“We’ve got to have our kids coached in a manner where they’re ready,” Kelly said. “And I’m accountable for that.”

“We wanted a confidence booster heading into the next game,” linebacker Glenn Brown said.

Southern knows it will be at a talent disadvantage just as its opponent was last week.

“We know this game is going to be very, very challenging, but we feel our players are up to the challenge,” Dooley said. “They have a lot of talent over there. The ball didn’t bounce their way in the last game, but that has nothing to do with the type of team they have.”

Dooley said he recruited a lot of the LSU players even though he knew getting them was a long shot.

“We want to see how we line up against some of the best talent,” he said. “You always prepare to win.”