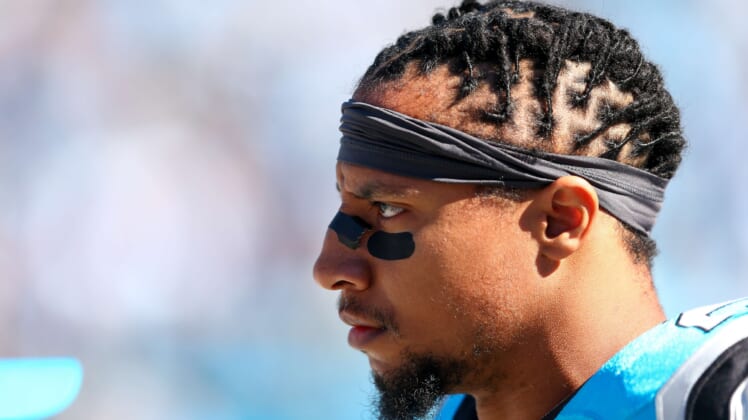 Carolina Panthers safety Eric Reid has been fined by the league over his late hit on New England Patriots tight end Ben Watson.

According to Tom Pelissero of NFL Network, Reid has been fined $10,527 for the hit, which also garnered a 15-yard unnecessary roughness penalty in the game.

Watson was placed in the NFL’s concussion protocol after the hit.

One of the interesting backdrops of this illegal hit by Reid on Watson is that the two had been clashing on social media about the NFL’s deal with Jay-Z.

Reid has since said that the hit had nothing to do with their disagreement, and he says he texted Watson to apologize.