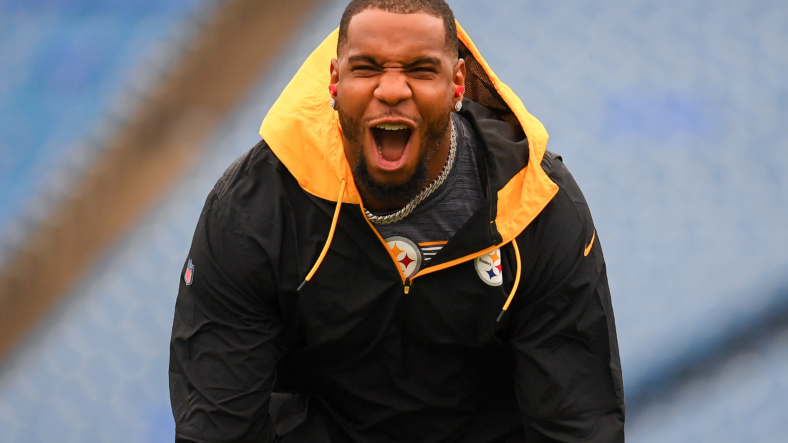 New York Giants head coach Brian Daboll acknowledged this week that “there’s not a lot of” depth at tight end on the roster. As Week 1 draws closer, the position becomes an even bigger question mark.

The Giants signed veterans Ricky Seals-Jones and Jordan Akins and used the 112th pick in the 2022 NFL Draft on Daniel Bellinger. However, all of those moves to improve the depth at tight end have quickly unraveled in the latest sign of how quickly things change in the NFL.

With Seals-Jones on injured reserve and Akins released, leaving only Bellinger, fellow rookie Austin Allen and third-year player Chris Myarick are the only names left standing. New York believes Bellinger offers a promising future, but he’ll go through rookie growing pains as evident by the pass that bounced off his hands and was intercepted against the Cincinnati Bengals.

New York signed Tanner Hudson on Thursday, but he doesn’t figure to play a big role in the offense as he only has five receptions for 67 yards in 22 career games. Based on Daboll’s own admission, depth is something the Giants need to address.

Looking at the available option, Eric Ebron could be an ideal solution for the New York Giants.

New York reportedly had interest in Ebron heading into the 2014 NFL Draft. Ultimately, the Detroit Lions grabbed him with the 10th pick and the Giants selected Odell Beckham Jr two picks later. In four seasons with the Lions, Ebron totaled just 2,070 receiving yards and 11 touchdowns in 56 games. Fortunately, he rebounded after landing with the Indianapolis Colts in 2018.

Ebron set career highs in receptions (66), receiving yards (750), and receiving touchdowns (13) and earned his first Pro Bowl selection. Finally on the path to live up to his hype, he suffered an ankle injury in 2019 that derailed his season.

Ebron later signed a two-year $12 million contract with the Pittsburgh Steelers and played a huge role in the offense. In his first season in Pittsburgh, he caught 56 passes for 558 yards and five touchdowns while appearing in 15 games. However, the poor fortune with injuries returned in 2021 as he missed the final seven games.

Considering the 29-year-old has been productive and is still relatively athletic, it’s surprising that he’s still available on the market. Perhaps his injury history is a red flag and teams would rather go in another direction.

Whatever the case may be, he should definitely be on the Giants’ radar as he can be a red zone target for Jones, and help groom and mentor Bellinger. It was reported that he had a workout with the Giants in July, but nothing came to fruition. Perhaps something can be agreed upon this time around.

Obviously, New York has limited cap space so they can’t offer him a lucrative contract. But since he grew up in Newark, NJ, he might be willing to take a one-year prove-it deal to come back to the area and play the sport he loves.

It’s possible New York may wait until teams cut their roster to 53 on Tuesday to see if any other tight ends are available. But the way it stands right now, it makes sense for these two sides to at least have another meeting to discuss what it would take to come together for one season. Ebron needs a team, and the Giants need a veteran tight end in their small tight end room.