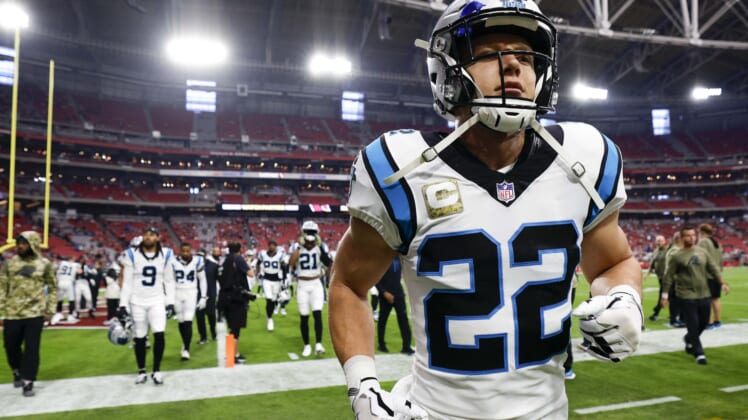 Carolina Panthers running back Christian McCaffrey has a notable supporter in NFL legend Eric Dickerson, and the Hall-of-Famer views him as one of the five best backs in the league right now.

At his peak, few were better than five-time All-Pro Eric Dickerson. In a time when rushing for 1,000 yards or more was difficult the former Los Angeles Rams great was a dominant force. Rushing for 1,800 yards or more on three occasions, and has the still-standing single-season record of 2,105 yards.

It all means that when he has an opinion on who he feels are the top running backs today, his opinion holds a great deal of weight. During an appearance on the Rams YouTube channel podcast “The Pivot,” the 61-year-old was asked to list his top five now, and his first two names should not surprise many NFL fans.

“You know Derrick Henry’s there. That’s my number one. Number two would probably be; I still like [Ezekiel Elliot]. You know why I like Zeke? Because Zeke is tough. He runs between the tackles,” Dickerson said.

The next name on his list, Giants RB Saquon Barkley, may surprise some. Not because he isn’t very talented, but because his history of not being able to stay healthy would lead many to not even include him on such a list. However, Dickerson actually blames the Giants for his injury woes.

“I like Saquon Barkley but he’s never had a chance,” said Dickerson. “And I said that when he got drafted. I hate to see this young talent go to a bad football team, he’s gonna probably end up getting hurt. A terrible football team.”

Dickerson loves him some Christian McCaffrey

Unsurprisingly, 2021 rushing champion and fellow Indianapolis Colt Jonathan Taylor earned a mention from the five-time Pro Bowler. However, rounding out his list was his favorite backfield star today, and a man he warmly dubbed “White Chocolate.”

“I like McCaffrey a lot, he just keeps getting hurt, bu I call him ‘white chocolate.’ That white boy can play man. I call it like I see it. I like him,” said Dickerson.

McCaffrey was one of the top rushers in 2018 and 2019 before injuries curtailed his last two seasons. Two notable names left off Dickerson’s list, and two of the top rushers over the last few seasons were Browns back Nick Chubb and his Vikings counterpart Dalvin Cook. 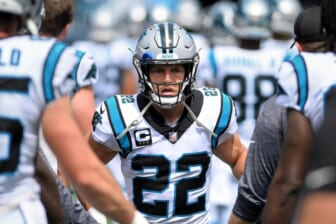