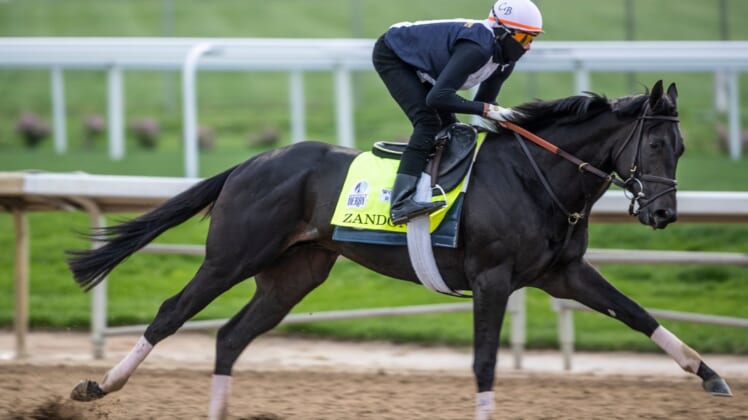 Epicenter was the 4-1 favorite for the Kentucky Derby and heading for the finish line before being overtaken down the stretch by 80-1 longshot Rich Strike.

But Rich Strike isn’t running in The Preakness Stakes and Epicenter once again tops the board at 6-5 for the second leg of the Triple Crown on Saturday at Pimlico in Baltimore.

Epicenter will start in Post No. 8 in the nine-horse field and trainer Steve Asmussen is just fine opening in that position.

“I thought it was ideal,” Asmussen said. “It’s a nine-horse field, plenty of run-up to the first turn. Several fresh horses and us coming back in two weeks, I think it’s absolutely ideal. You could say we’re half as nervous as the draw for the Derby, when you go from 20 runners to nine.

“I think that makes it that much more beneficial to everybody as far as post-position draw goes.”

Early Voting will be in No. 5 while Secret Oath landed in No. 4.

Simplification, which finished fourth in the Kentucky Derby, is listed at 6-1 and drew post No. 1.

“I saw speed to the outside. It doesn’t change our strategy,” Simplification trainer Antonio Sano said. “At first, I thought no good, but Johnny V (jockey John Velazquez) is so smart. He will make the decision if he has to go outside.”

Rich Strike, which didn’t enter the Kentucky Derby field until one day before the race, isn’t the only notable absence.

And after Rich Strike’s historical long-shot victory, expect some bettors to throw some cash on 50-1 Fenwick, a horse that just entered the race on Monday.