Enrique Hernandez agrees to deal with the Boston Red Sox 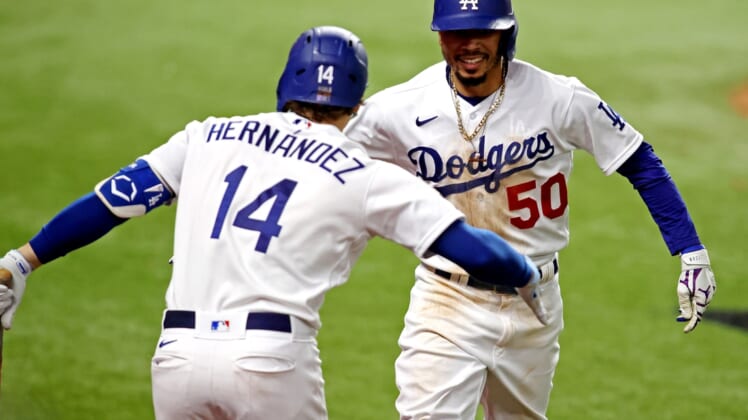 Free-agent infielder Enrique Hernandez is reportedly moving cross country, leaving the Los Angeles Dodgers after agreeing on a two-year, $14 million deal with the Boston Red Sox, according to multiple sources.

Hernandez spent the last six years in Los Angeles after coming over in a seven-player trade with the Miami Marlins back in December 2014. The 29-year-old hit .230 with five homers and 20 RBIs last season on the way to winning the World Series with the Dodgers in October.

Hernandez will bring the Red Sox defensive versatility as he has started at seven positions over his seven-year career, with 11 starts at first base, 132 at second base, 56 at shortstop, 14 at third base, 128 in center field, 60 in left, and 35 in right.