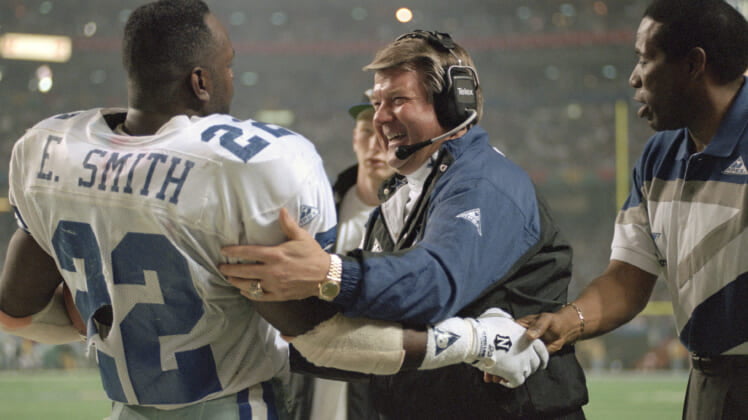 Fans have been enjoying themselves on Sunday nights watching ESPN’s “Last Dance.” In light of that, many have talked about other documentaries they’d love to see. Among them is the incredible 1990’s Dallas Cowboys squad featuring Emmitt Smith, Michael Irvin and Troy Aikman.

And we may just get that sometime in the near future.

Speaking with 105.3 The Fan Tuesday, Smith was asked about whether there could be a documentary about the 1990’s Cowboys. His response was eye-opening, to say the least.

That team not only won three Super Bowls in four years but also features some of the wildest characters of the era. Some of the stories that have come out since that time indicate a documentary would be enlightening, indeed.

Needless to say, from all of us here: “Yes please.”