Emmanuel Sanders has hilarious take on fight with teammate 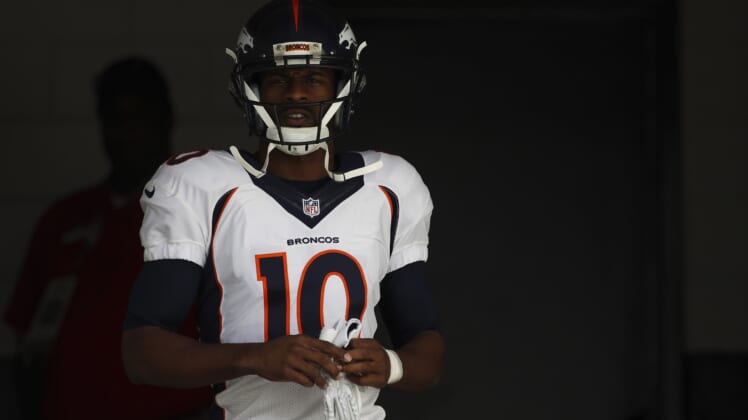 Denver Broncos wide receiver Emmanuel Sanders and Courtland Sutton came to blows during a practice earlier this week. It’s rare to see two players at the same position fight. But alas, training camp brings out the feisty in a lot of players.

In talking about the fight, Sanders himself offered up a gold quote on Tuesday.

That’s an absolutely brilliant take from Sanders right there. Adding $69.99 as the cost of the pay-per-view fight is really nice.

Puns aside, stuff like this happens all of the time during the summer. It seems that Sanders and Sutton have more than made up.