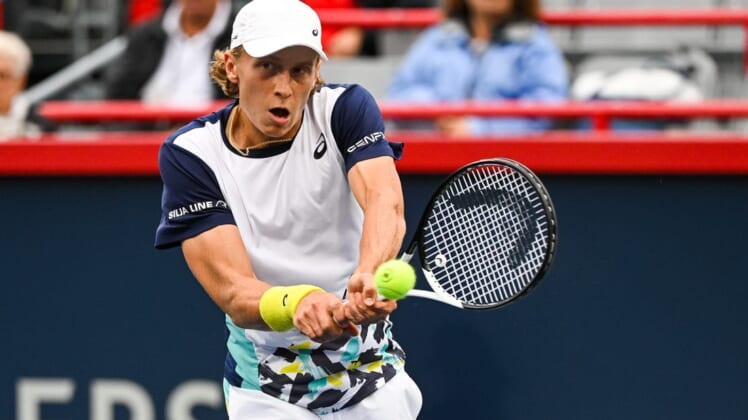 Ruusuvuori registered a 6-3, 3-6, 6-3 win over Wawrinka on Monday in the first round of the National Bank Open in Montreal.

“I grew up watching Stan and have huge respect for this guy,” said Ruusuvuori, 23. “He is still such a tough competitor and he has inspired so many people, so I hope he can continue and bring this level. I really enjoyed this match and it was a dream come true.”

Ruusuvuori got the lone service break of the third set for a 4-2 lead. Wawrinka, 37, had a break point in the final game, but Ruusuvuori won the final three points.

Next up for Ruusuvuori is a second matchup in two weeks against eighth-seeded Hubert Hurkacz of Poland. Last week in Washington, Ruusuvuori earned a 6-4, 7-6 (3) win over Hurkacz in the second round before losing to Sweden’s Mikael Ymer in the third round.

Ruusuvuori said of Hurkacz, “It was a good match for me last week and not the best from him. I am sure he is going to come hot and he is going to study. He is a top-10-level player and I will need to bring my absolute best to beat him.”

Hurkacz, like the rest of the top eight seeds in the Montreal field, received a first-round bye. The seed list is topped by Russia’s Daniil Medvedev, Spain’s Carlos Alcaraz, Greece’s Stefanos Tsitsipas and Norway’s Casper Ruud.

Ruud’s second-round opponent will be Slovakia’s Alex Molcan, who produced a 7-6 (1), 6-4 victory over the United States’ Mackenzie McDonald in his debut at the Montreal tournament.