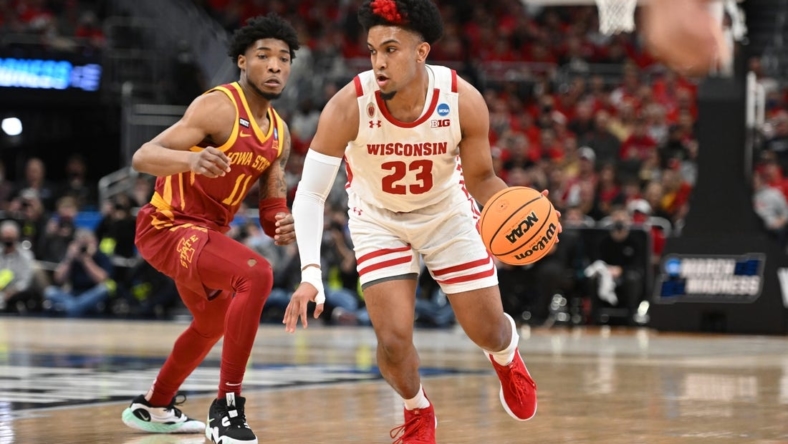 After losing Johnny Davis and Brad Davison, Wisconsin opens up its 2022-23 campaign against South Dakota on Nov. 7 in Madison, Wis., with the Badgers looking to once again exceed the expectations placed upon them.

Last season the Badgers were picked to finish 10th in the Big Ten, but they wound up sharing the Big Ten regular-season title with Illinois with a 15-5 conference record and were eventually upset by Iowa State in the NCAA Tournament Round of 32.

Despite last year’s regular-season success, Wisconsin once again will have something to prove to the conference. The Badgers were picked to finish ninth in 2022-23.

The losses of Davison and Davis shine a spotlight on three returners Greg Gard will have in his starting lineup: Chucky Hepburn, Tyler Wahl and Steven Crowl. Outside of that trio, Gard has no certainties about his group as of yet.

“There are so many unknowns with this group,” Gard said. “I want to see underneath the lights, with people in the seats, how we respond.”

South Dakota went 19-12 last season with a Summit League record of 11-7, falling in the semifinals of the conference tournament to the eventual champion South Dakota State.

The Coyotes return three starters from last season, who also happened to be their three leading scorers: guards Kruz Perrott-Hunt (15.0 points per game) and Mason Archambault (14.5) along with forward Tasos Kamateros (11.5).

The Coyotes dominated at home last season going 11-4 while finishing just 8-8 combined on the road and at neutral sites as they look for a monumental opening night upset in Madison.

After serving as an assistant on the staff from 2014-18, Eric Peterson, a Wisconsin native, returns to South Dakota as head coach.

“It’s really hard to go in the Kohl Center and win but I think we have a great opportunity to do that,” Peterson said.