Not a Raiders Fan? It’s Time to Embrace the New Home Team 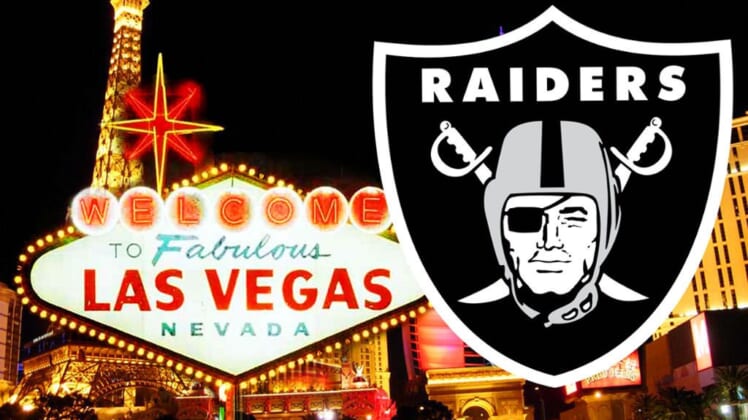 Las Vegas has always been a town of transplants.

Meeting a Las Vegas native is becoming more common but over the course of the past 50 years, it’s always been a rare find.  Outside of my wife, I’ve met just a handful and most are natives by default – meaning they’ve been here a long time.

When it comes to sports, besides being a fan of the betting line, fandom in the valley has always been harder to peg. There’s lots of frontrunners (have you seen the number of Seahawks and Warriors car regalia around town?) and then most others bring their home team loyalties with them.

Las Vegas is full of “hometown” bars during the NFL season that cater to everyone from the Bears and Jets to the lowly Detroit Lions (apologies to my brother in law who owns the only Lions bar in town). It allows fans from all over to connect with one another and keep up with their team living here in the Mojave.

Yet, with the news that the Raiders are moving to Las Vegas in time for the 2020 NFL season, I’m here to call on all of you to give in to the “dark” side and start to care and root for your new home team. I’m not asking you to give up your longtime team, but just to be open minded and start to root for the team that many outside Raider Nation love to hate.

And I’m not just asking you to do it while I pen columns, record podcasts and help run this Raiders-themed website. I have given in and now consider myself a Raiders advocate. And that’s not easy to do after spending most my life a San Diego Chargers fan. I grew up hating the Raiders but the Chargers lost me several years ago due to an inept owner bent on ruining the treasure of San Diego.

Call me a traitor, a quitter, whatever you like – but the Chargers were dead to me years ago.

Las Vegas has been home twice for me. It’s where my wife and kids were born (at least one of them!) and it’s where I plan to spend my last breath – God willing. The fact the city has finally landed an NFL team has changed my perspective. It’s massive for the recovering and rapidly growing again.

We have two seasons after this until the Raiders move into their new stadium parallel to the famed Las Vegas. It’s time for Las Vegans – and all Nevadans – to embrace our new home team. It’s time that we were annexed into Raider Nation.

Embrace it. Love it. Live it.