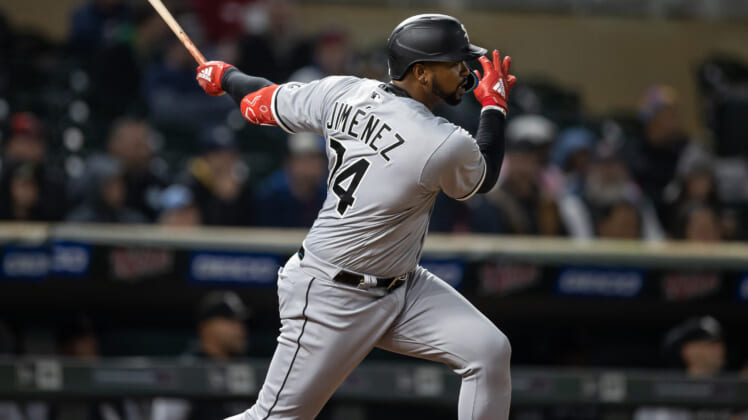 While there will be plenty of stars playing in MLB games today, Chicago White Sox outfielder Eloy Jimenez is headed for a lengthy absence following a hamstring injury on Saturday.

The 25-year-old outfield made a hustle play against the Minnesota Twins, attempting to hustle for an infield single on a slow grounder to third base. Unfortunately, the 6-foot-4 slugger stepped awkwardly when extending his leg out to first base and collapses to the ground within seconds.

Chicago brought out the cart for one of its best players, providing him assistance off the field. After the game, manager Tony La Russa acknowledged it was a significant injury and the club simply hoped it would end his 2022 season.

On Sunday, Chicago placed Jimenez on the 10-day injured list. He’s headed back to Chicago, where he will undergo further evaluation and scans. As of now, unfortunately, the White Sox are preparing for him to miss approximately two months of action.

It’s a devastating blow for the lineup. While Jimenez was off to a slow start this season, his impact bat helped provide potential run production at a time when Yoan Moncada is sidelined. While Sunday’s development hurts Chicago, the White Sox are getting back ace Lucas Giolito. The All-Star pitcher is taking Jimenez’s place on the active roster, starting against Minnesota.