Eloy Jimenez back from IL, returns to lineup for White Sox 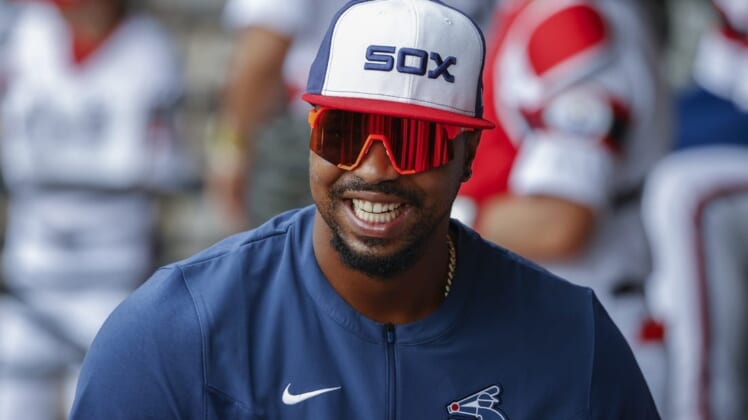 Chicago White Sox outfielder Eloy Jimenez was activated from the 60-day injured list and inserted into the starting lineup for Wednesday afternoon’s game against the visiting Minnesota Twins.

Jimenez, who was penciled in to start in left field and bat sixth in the lineup, had been sidelined with a hamstring injury he sustained on April 23 while running to first base. The 25-year-old underwent surgery on April 26 to repair a torn hamstring tendon behind his right knee and was transferred to the 60-day injured list on June 23.

The 2020 American League Silver Slugger Award winner batted .222 with one homer in 11 games this season with the White Sox. He hit .246 with two homers, seven RBIs and eight runs in 17 games with Triple-A Charlotte.

The White Sox also placed infielder Jake Burger on the 10-day injured list with a bone bruise in his right hand and right-hander Vince Velasquez on the 15-day IL with a blister on his right index finger.