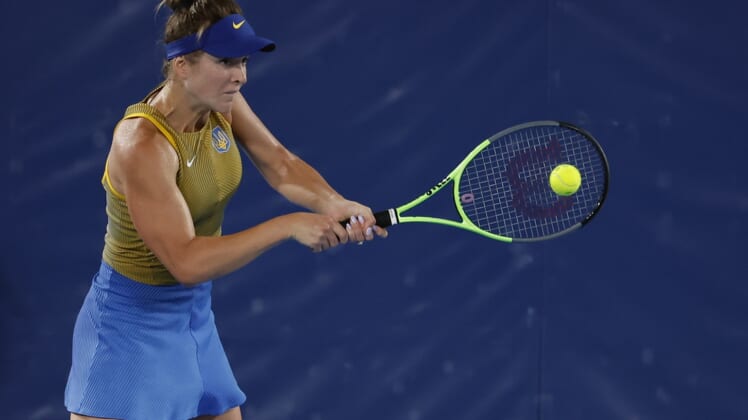 Ukraine’s Elina Svitolina announced Tuesday that she is taking a break from competitive tennis, saying a back injury and war in her homeland have taken their toll.

“It’s been an extremely difficult couple of months for me, not only mentally but also physically,” she posted to social media. “For a quite long time I’ve been struggling with my back. The pain didn’t let me prepare for the tournaments at my best.

“Meanwhile, observing with unbearable pain in my heart what is happening in my homeland Ukraine and with how much bravery and courage our Ukrainian people are defending our country, this gave me a huge push to continue and fight on court. Now, my body can’t handle it anymore and I need to rest.”

She didn’t provide a timeline for her absence.

Svitolina, 27, is ranked 20th in the world but reached as high as No. 3 in September 2017. She lost to British qualifier Harriet Dart in her opening round of play earlier this month at the BNP Paribas Open in Indian Wells, Calif.

Svitolina has 16 career wins, most recently in Chicago in 2021.