Eliminating shift among rules MLB to test in minors 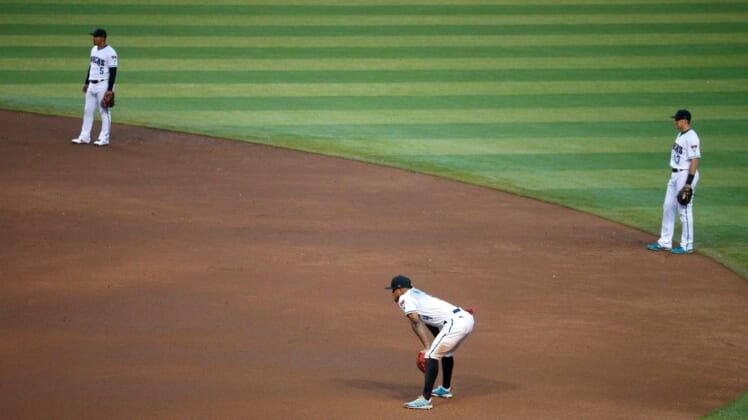 Major League Baseball will experiment with rule changes throughout the minor leagues in 2022 with an eye toward implementing some as early as 2023.

MLB announced Monday that, among a list of other rules, the defensive shift will be illegal in Double-A, High-A and Low-A this season.

A minimum of four players will be required to stand in the infield, two on each side of second base. The aim is to prevent the pitching team from an advantage against batters who tend to only hit to one side of the field; left-handed batters pulling their hits right, e.g.

“These restrictions on defensive positioning are intended to allow infielders to better showcase their athleticism, to increase batting average on balls in play, and to restore a more traditional set of aesthetics and outcomes on batted balls,” MLB said in a news release.

In the Low-A Southeast League and certain Triple-A games, automated ball-strike (ABS) technology, colloquially known as “robot umpires” or “robo umps,” will be used in various ways. Umpires in the Southeast League will call balls and strikes, but managers will have three challenges per game in which they can appeal to the ABS to potentially change a call.

All games played at Triple-A Charlotte and all games from May 17 and on in the Triple-A West League will rely on ABS instead of umps for balls and strikes.

The size of bases will be increased from 15 to 18 square inches, which MLB claims can reduce injuries while affording a “modest” increase in successful steal attempts. And on-field pitch timers will be utilized in games at all full-season affiliates.

“Many people in our game are just like our fans in that they want to see more athleticism and action,” Raul Ibanez, former star outfielder and MLB senior VP for on-field operations, said in a statement. “This next round of experiments will aim to emphasize the tremendous physical talent of our players and create an environment that lends itself to an accelerated pace of play.”