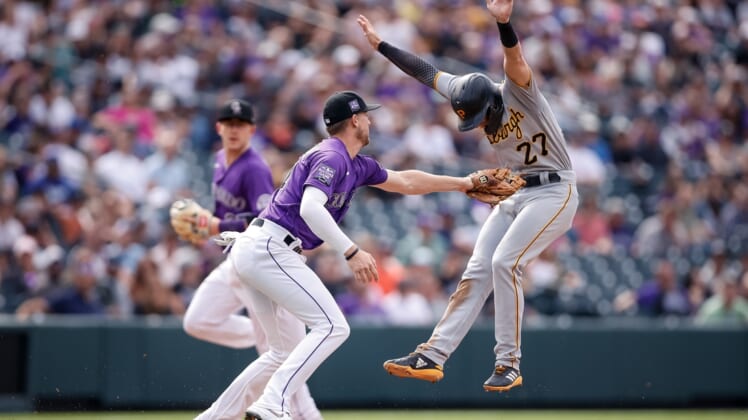 Elias Diaz homered and Yonathan Daza had an RBI triple among his two hits as the host Colorado Rockies posted a 2-0 victory over the Pittsburgh Pirates on Monday in Denver.

Rockies starter Kyle Freeland (1-2) recorded his first win of the season despite leaving the game with a left leg injury sustained while running the bases in the fifth inning.

Freeland scattered three hits and struck out seven over five scoreless innings. Three relievers bridged the gap to Daniel Bard, who pitched the ninth for his 11th save in 15 chances.

Jacob Stallings and Kevin Newman each had two hits for the Pirates. Pittsburgh had won three of the first four contests on its current seven-game road trip. 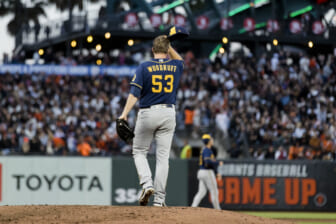 The Pirates also suffered an injury early in the game when first baseman Colin Moran was hit on the left wrist by a pitch in the top of the first inning. He went out for warmups in the bottom of the inning but came out of the game.

Moran was replaced by Ben Gamel, who went into the game in left field. Phillip Evans moved from left field to first base.

The Rockies scratched out single runs in the third and fifth innings off Pittsburgh starter Tyler Anderson.

Freeland reached on a bunt single with one out in the third inning and Raimel Tapia grounded into a force for the second out. Daza followed with a triple to the gap in right-center field to drive in Tapia.

The first two batters for Pittsburgh reached to open the fifth but Freeland worked out of it to preserve the 1-0 lead.

Diaz doubled the advantage in the fifth inning with a solo homer to center field. The homer was his third of the season.

Freeland reached on an error and then pulled up lame going from first to third on Daza’s double.

He left after that and was replaced on the bases by Jon Gray. Tyler Kinley came on in relief in the top of the sixth.

Anderson (3-8), who began his career with Colorado, allowed two runs on five hits and struck out three in five innings.