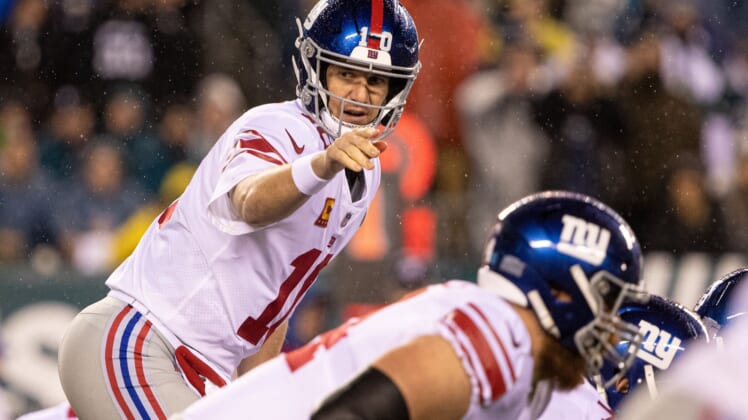 When the New York Giants offense takes the field at MetLife Stadium for the first time in Week 15, it could be quarterback Eli Manning’s last home start in front of Giants’ fans.

New York announced that Manning will start on Sunday against the Miami Dolphins after it ruled out Daniel Jones, along with tight end Evan Engram, with injuries.

Manning drew the start in Week 14 against the Philadelphia Eagles after Jones suffered an ankle injury the previous week. In his return, Manning showed show he’s still got some arm strength on a 55-yard touchdown pass before halftime.

He completed 15-of-30 attempts against Philadelphia’s secondary for 203 passing yards and two scores. Now set to face the Dolphins (3-10), Manning will try to even his career record at 117-117 with a win on Sunday.