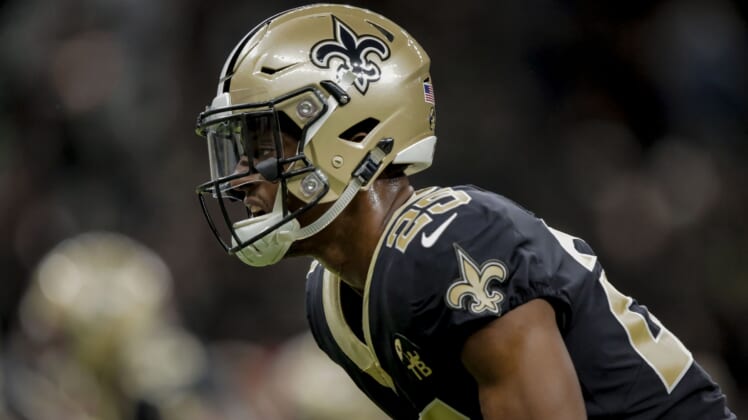 Eli Apple was the No. 10 overall pick of the 2016 NFL Draft. His career has been more down than up, so it’s not surprising that despite a strong 2018 season with the New Orleans Saints, Apple will not have his fifth-year option picked up by the team.

Mike Garafolo of NFL Network shared this news on Wednesday, noting Apple is now slated to become a free agent following the 2019 campaign. If they had opted into that option, the Saints would have paid Apple more than $13 million in 2020.

Coming out of Ohio State, Apple was seen as a potentially dynamic prospect. The New York Giants surprised many, however, using the 10th overall pick to select him.

In the seasons following that move, Apple struggled on the field and ran into issues with his teammates — particularly former teammate Landon Collins, who called him a “cancer.”

Collins and Apple worked through their issues, however, and things appeared to be on the mend. Then New York traded Apple to New Orleans midway through last season. He thrived with his new team — tallying 52 tackles and two interceptions — and had his best campaign overall to date.

Should Apple once more have a strong presence in New Orleans defensive backfield, then the Saints could re-sign him, or he could end up making a nice deal for himself in free agency next March.