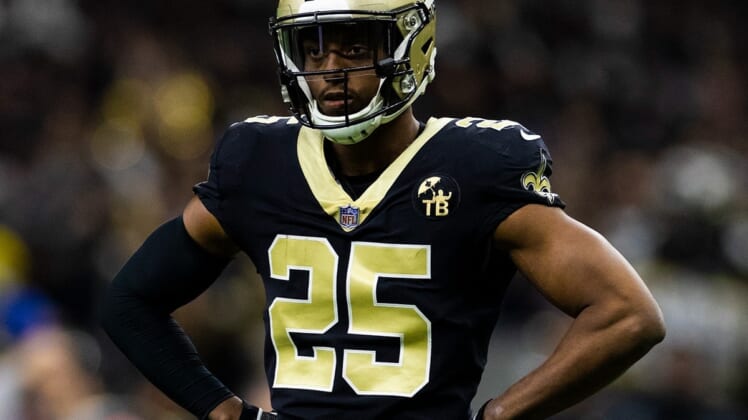 In dire need of help at the cornerback position, the Las Vegas Raiders signed well-traveled Eli Apple to contract on Wednesday.

It wasn’t a Darius Slay or a Chris Harris but the Las Vegas Raiders moved to improve their lot at cornerback signing former New Orleans Saints cornerback Eli Apple on Wednesday.

Apple, who was traded in 2018 from the New York Giants to the Saints, is considered a mixed bag due to uneven performance on the field. The Oakland Tribune’s Jerry McDonald first reported the signing.

Details of the contract have not been reported.

The Giant drafted Apple 10th overall in the 2016 NFL Draft but traded him after he didn’t live up to expectations. The Saints declined his fifth-year option before last season but he went on to play 15 games for New Orleans. At just 24 years old, Apple has tremendous upside if he can stay focused.

His time in New Orleans was productive and he seemed to respond well after the trade out of New York. Now he joins a Las Vegas Raiders team look for help at the CB position. He’s coming off an ankle injury that ended his season in 2019.

The Raiders now have signed two linebackers in Cory Littleton and Nick Kwiatkoski, interior defensive lineman Maliek Collins, and safety Jeff Heath, and now add a promising young cornerback in Apple who is looking for stability on his third team in just five years.