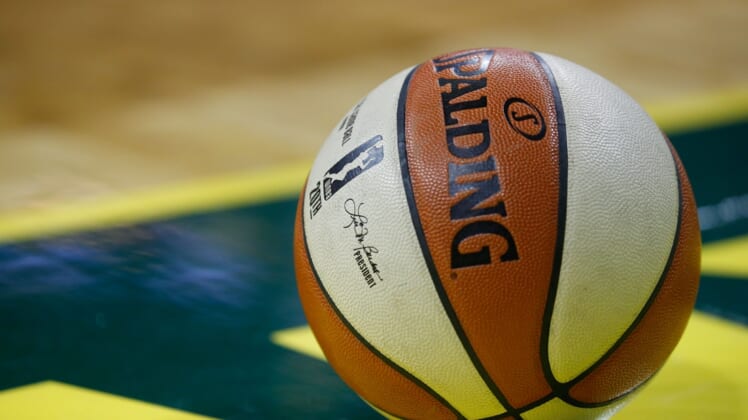 Elena Delle Donne poured in 21 points in her return to action and the Washington Mystics beat the visiting Indiana Fever 84-70 on Friday night in the WNBA’s first game of the 2022 season.

Delle Donne had played 52 minutes of pro ball since helping the Mystics to the WNBA championship in 2019. She opted out of the 2020 season with health concerns during the COVID-19 pandemic and missed most of 2021 with a back injury.

Kelsey Mitchell posted 18 points and No. 2 overall draft pick NaLyssa Smith had 13 points and 13 rebounds for Indiana’s rookie-heavy lineup. Queen Egbo notched 10 points in her pro debut and Victoria Vivians supplied nine points for the Fever, who were limited to five points in the last five minutes.

Both teams missed the playoffs last year, and it was the Mystics that took best advantage of launching a new season.

While it looked like it might come easy, the Fever rallied to within 61-52 in the final minute of the third quarter before Washington’s Myisha Hines-Allen drained a 3-pointer.

The gap was down to 71-65 with 5:42 to play before two baskets from Delle Donne sandwiched around Cloud’s bucket redirected the momentum. The Fever endured a scoring drought of more than five minutes, sealing the outcome.

Delle Donne finished 8-for-16 from the field and pulled in a team-high nine rebounds.

Cloud scored 15 of her points in the first half, with the Mystics leading 50-31 at the break.

It was such a dominating performance that Washington scored 31 first-quarter points and it took the Fever more than another nine minutes to reach that total.

The Fever used a starting lineup that included Smith, Egbo and Destanni Henderson, all of whom were selected in last month’s draft. Fellow rookies Emily Engstler and Lexie Hull came off the Indiana bench.

The teams combined for just 3-for-18 shooting on 3-pointers in the first half and 9-for-40 for the game.