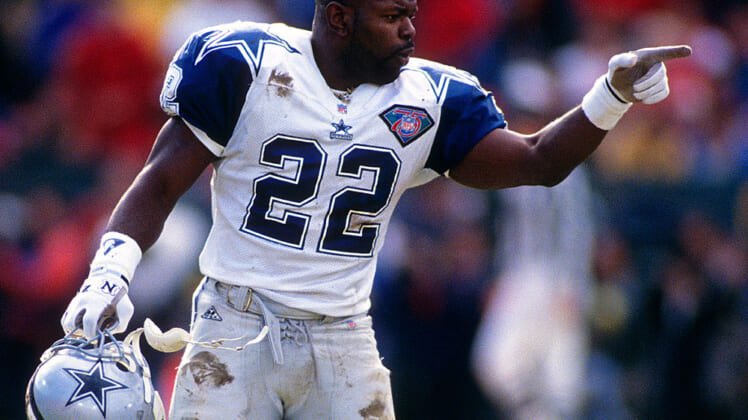 Emmitt Smith was one of the most dominant running backs in NFL history, and his son EJ Smith is following in dad’s footsteps.

The four-star running back out of Jesuit High School shared on his Twitter account Wednesday that he received an offer from Nick Saban and the Alabama Crimson Tide.

I am honored to announce that I have received an offer from the University of Alabama. Thank you for the opportunity.#RollTide pic.twitter.com/E0G08V4ksw

Ranked the 96th overall player (247Sports Composite) for the 2020 recruiting class, Smith sure does look the part of a dynamic playmaker.

Clearly, the biggest programs in the nation are following his progress closely. It won’t be long before EJ Smith is doing his thing on national television every Saturday.