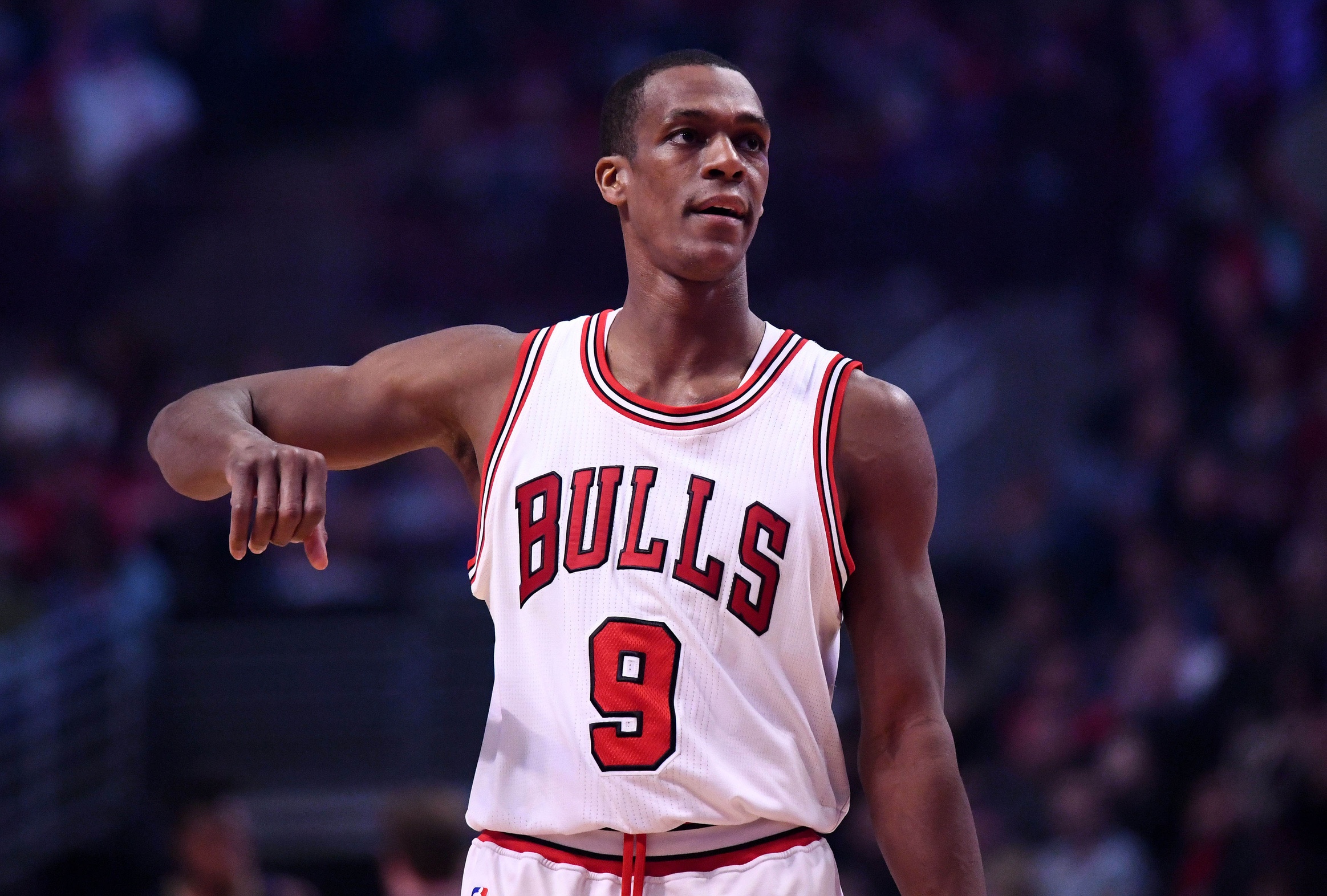 The NBA landscape sure is changing. With this comes the need to throw out contract numbers at times. Players signed over the past couple offseasons surely found a stronger financial market for their services. Such is the nature of the beast with an increased salary cap.

However, this doesn’t mean that teams can simply throw money in the direction of marginal players and expect to succeed over the long term. Even with the increased cap, some squads find themselves behind the proverbial eight-ball after signing average players to massive deals.

From the Memphis Grizzlies’ decision to sign Chandler Parsons this past summer to the Chicago Bulls’ attempt to replace Derrick Rose with malcontent Rajon Rondo, here are the eight most-overpaid players in the NBA this season. 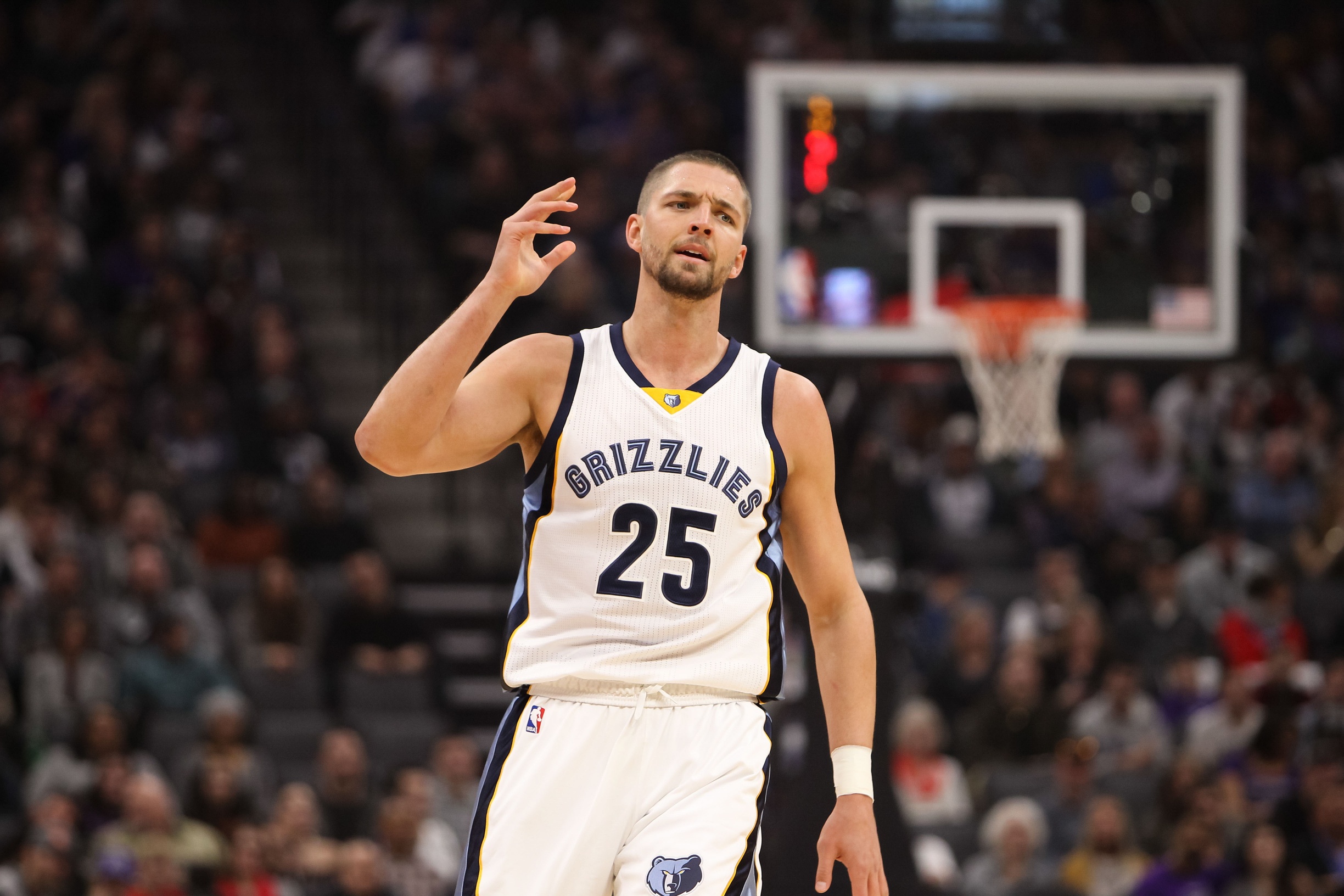 In the first season of a four-year, $94.4 million contract, Parsons simply has not lived up to expectations for the Grizzlies. Surely, a bone bruise in his knee that cost him 18 games earlier in the season hasn’t helped. Since, Parsons has been limited in minutes and has not taken part in back-to-back outings.

In 20 games this season, Parsons is averaging just 6.7 points and is shooting 37 percent from the field, including a career low 26 percent from distance.

We would normally be willing to give a player the benefit of the doubt when it comes to injuries. But remember, Parsons missed 36 games in two seasons with the Mavericks leading up to 2016-17 and averaged just 13.7 points per game last year. That in and of itself shouldn’t have justified him receiving $21-plus million annually this past summer.

This doesn’t even take into account the fact that Parsons still has three years remaining on his deal and will be 31 when it expires. With a track record of injuries and recent struggles on the court, he boasts the worst contract in the NBA this season.

This list is all about players that are overpaid in 2016-17. It’s not what they’ve done in the past. And in reality, Dirk deserves every bit of the ridiculous cash Dallas is throwing his way this season. He’s taken a lot less in the past to help the team build a contender. He’s sacrificed a lot. And he has an NBA title to show for it.

But when Dirk signed what is technically a one-year, $25 million deal with Dallas during the offseason, it was all about the team rewarding him for his past contributions. After all, here’s a 38-year-old big man that is solidly on the back end of his career. He’s only suited up in 22 games due to an Achilles injury and is averaging 13.1 points in 25 minutes of action per game.

Based on Nowitzki’s $25 million salary for 2016-17, he’s the eighth highest-paid player in the Association. That’s not the type of contribution you would expect from someone up there among those in terms of elite play.

With a team option for $25 million next season, it will be interesting to see if the Mavs continue to show loyalty to their future Hall of Famer. Considering the type of owner Mark Cuban is, that’s more than likely. It will also handcuff Dallas’ chances of improving off what has been a lost 2016-17 campaign. 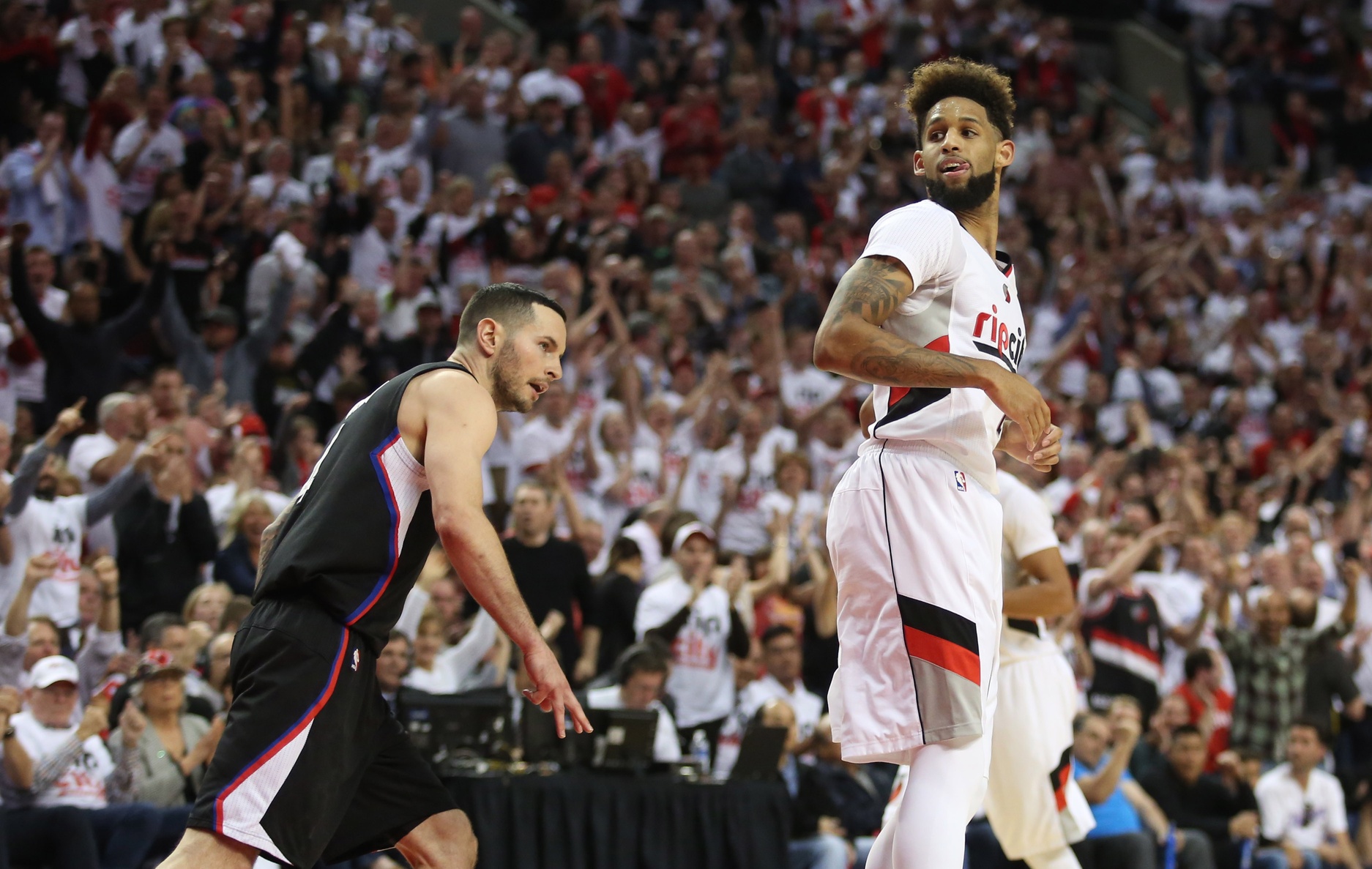 When Portland matched the Brooklyn Nets’ offer of $74.8 million over four seasons for then restricted free agent Allen Crabbe this past summer, it was somewhat of a shock.

Sure Crabbe has seen his game improve leaps and bounds after being selected in the second round by Cleveland back in 2013. That’s not really in question. The issue here is that very few saw him as a player worth $18.7 million annually. That hasn’t changed.

In reality, he’s one of the many players Portland overpaid in an attempt to retain talent following the departure of LaMarcus Aldridge in free agency prior to last season. In a vacuum, this might have been a smart decision.

Unfortunately, the professional sports world doesn’t exist in a vacuum. Crabbe is nowhere near as valuable as his price tag and it’s one of the primary reasons the Blazers have struggled this season. Moving forward, it will be interesting to see if the Blazers are able to flip the talented wing for something of more substance. That’s where his value may be right now.

It didn’t take Monroe too long to fall out of favor in Milwaukee. Less than two years after signing a three-year, $51.4 million contract with the small-market team, Monroe seemingly doesn’t fit into the Bucks’ long-term plans. He’s averaging less than 22 minutes per game and has yet to start a single game on the season.

More than anything, it really seems to be schematic in nature. Milwaukee boasts a ton of athletic players, including Jabari Parker and Giannis Antetokounmpo. Their high-energy play doesn’t fit with Monroe’s bulldog inside game, which helped him earn the contract he’s playing under following a tremendous five-year stint with the Detroit Pistons.

Thus far on the season, Monroe is averaging 11.1 points and 6.9 rebounds. He’s still a solid performer in the low-post. But the Bucks’ offensive philosophy just doesn’t mesh with what he brings to the table. It’s led to rampant rumors that Monroe could be traded.

Unfortunately for the Bucks, Monroe is set to count $17.9 million against the cap should he exercise his option for the 2017-18 season. Based on his production and that salary, it’s more than likely he will do just that. This makes his contract almost impossible to trade. That’s one of the primary reasons he makes our list of the most-overpaid players in the NBA.

It was a decade ago that Green entered the NBA with the then Seattle Sonics in the same draft class as Kevin Durant. Most figured Durant and Green would combine to form a tremendous duo for the team over the long term. While Durant has turned into one of the top players in the Association, Green has never reached his peak.

It even got to the point where Green was shipped off from the Memphis Grizzlies to the Los Angeles Clippers for next to nothing during the trade deadline last season. The former top-five pick responded by averaging less than 11 points in 27 games with the Clippers.

Despite this, Orlando figured it was a bright idea to hand the struggling veteran a one-year, $15 million contract prior to the 2016-17 season. He’s responded by averaging 9.6 points and shooting 39 percent from the field.

It’s not really that no one could see this coming. Green didn’t seem like a fit in Orlando in the first place with Aaron Gordon and Mario Hezonja already on the roster. More than his lack of production, Green’s presence has slowed the maturation process of these two youngsters. That’s a heck of a lot of cash to pay for someone that’s not doing anything of real substance to help you win while holding back higher-upside players. 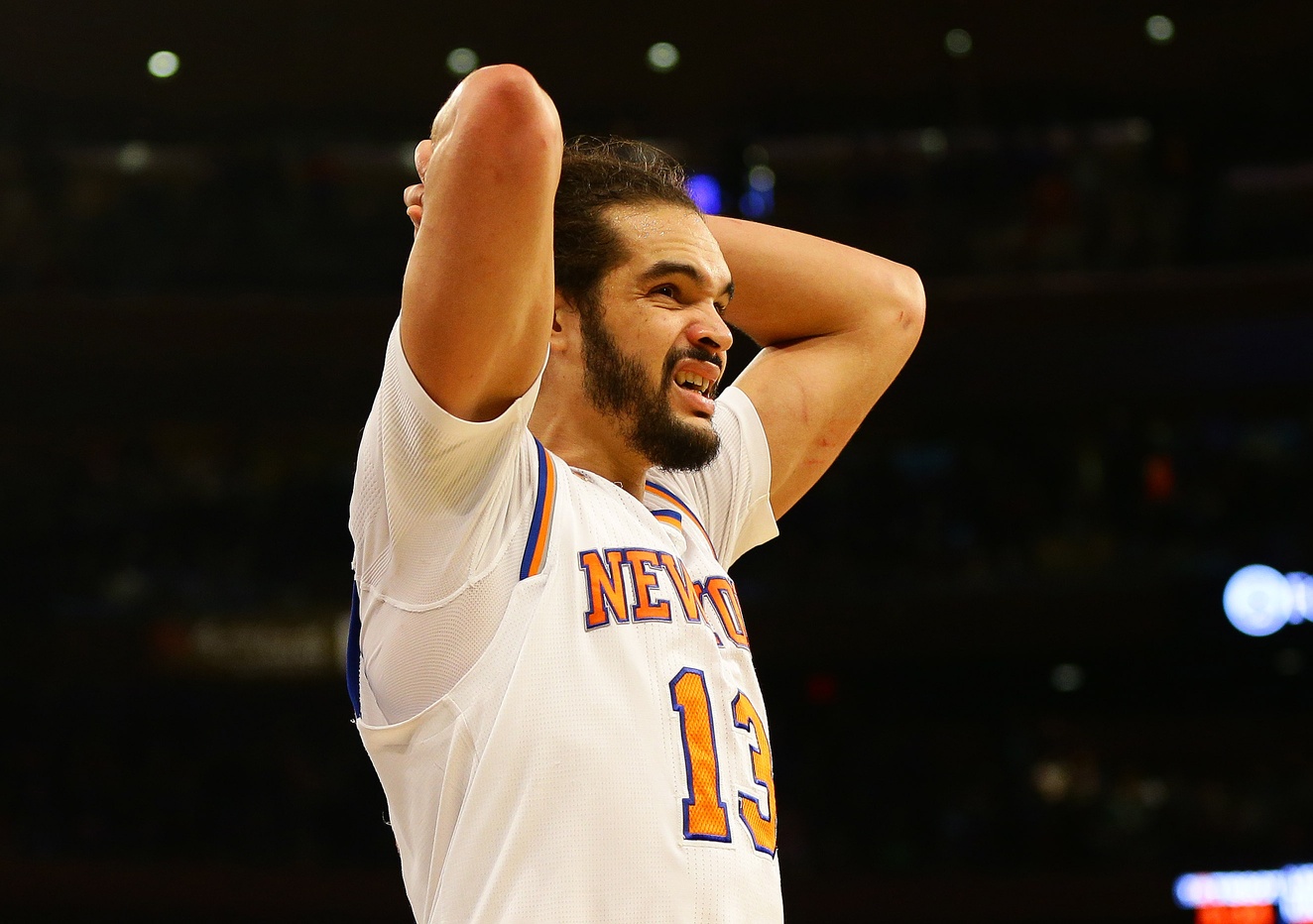 Think about this for a second. Noah averaged 4.3 points in 29 games for the Chicago Bulls last season. It came in the midst of another injury-plagued campaign for the defensive-minded center. It was also the fifth time in six seasons that Noah missed 15-plus games.

This doesn’t mean that Noah wasn’t valuable to the Bulls during that span. He was among the best low-post defenders in the Association for years. The issue here is that as Noah has aged, his capabilities on defense eroded to an extent. It was evident to even the untrained eye this past season.

Like all the contracts on the list, the Knicks jumped the gun here. They figured that adding Noah to the mix to go with former Bulls teammate Derrick Rose made sense. That in and of itself isn’t a big deal. However, the four-year, $72.6 millions deal Noah signed last summer surely is a big deal.

He’s averaging just 5.2 points in less than 23 minutes of action per game. Sure Noah is putting up more than nine boards per outing. His defense has also improved from each of the past two seasons. That would be fine if he was earning a lot less cash. But set to count $17.8-plus million against the cap in each of the next three seasons, Noah is among the most overpaid players in the Association.

It made perfect sense for the Pistons to trade for Harris last season. They needed another front-court scorer to go with Andre Drummond and Marcus Morris.

In a vacuum, having these three start with one another made a lot of sense. We can’t even criticize Detroit for sending Brandon Jennings and Ersan Ilyasova to the Magic in this trade (more on that here).

There’s two other problems here. First off, Harris is currently playing under a four-year, $64 million deal he signed with Orlando back in 2015. That’s one of the primary reasons the Magic were willing to give him up for pennies on the dollar after a breakout 2014-15 campaign.

Secondly, Harris is being asked to share top-scoring duties with Reggie Jackson. It’s this reliance on him from the offensive end, especially with Drummond in the mix, that makes us wonder what Detroit’s plans are. Statistically, Harris is having a tremendous season. He’s averaging 16.7 points while shooting nearly 50 percent from the field. That’s fine and dandy.

Unfortunately, no team relying on Jackson and Harris to be the top-two options on offense is going to stand much of a chance. At 22-26 on the season, Detroit is learning this first hand.

Where to start here? Yes, Rondo has been the central figure in yet another major controversy. From his ridiculous Instagram post to perceived issues with other members of the team, Rondo simply has not fit in with the Bulls. Considering what we’ve seen from the enigmatic Rondo throughout his career, it’s not a surprise.

The issue here is that Rondo is currently in the first year of a contract that pays him $28.1 million through the end of the 2017-18 season. He’s been taken out of the rotation at times. He’s currently on the trade market. And in reality, no team is going to take on his contract with the issues we’ve seen in Chicago this season.

Rondo is also close to turning 31 years old while averaging 6.7 points and 6.6 assists per game. It’s a toxic contract combined with a toxic personality. And that’s why Rondo concludes our list of the eight most-overpaid players in the Association this season.