Eight most disappointing developments at the NBA midway point

As the NBA season enters its midway point, trends have started to unfold. Certain teams have proven to be downright failures in a season where they seemed to be destined for playoff contention. We’re looking at the Minnesota Timberwolves and Detroit Pistons as prime examples here.

Meanwhile, the ineffectiveness of certain front offices seems to be setting the tone for top-end players to waste away during the prime of their careers. Surely, New Orleans Pelicans big man Anthony Davis deserves to be on a contender, right?

These are among the eight-most disappointing developments thus far on the NBA season. 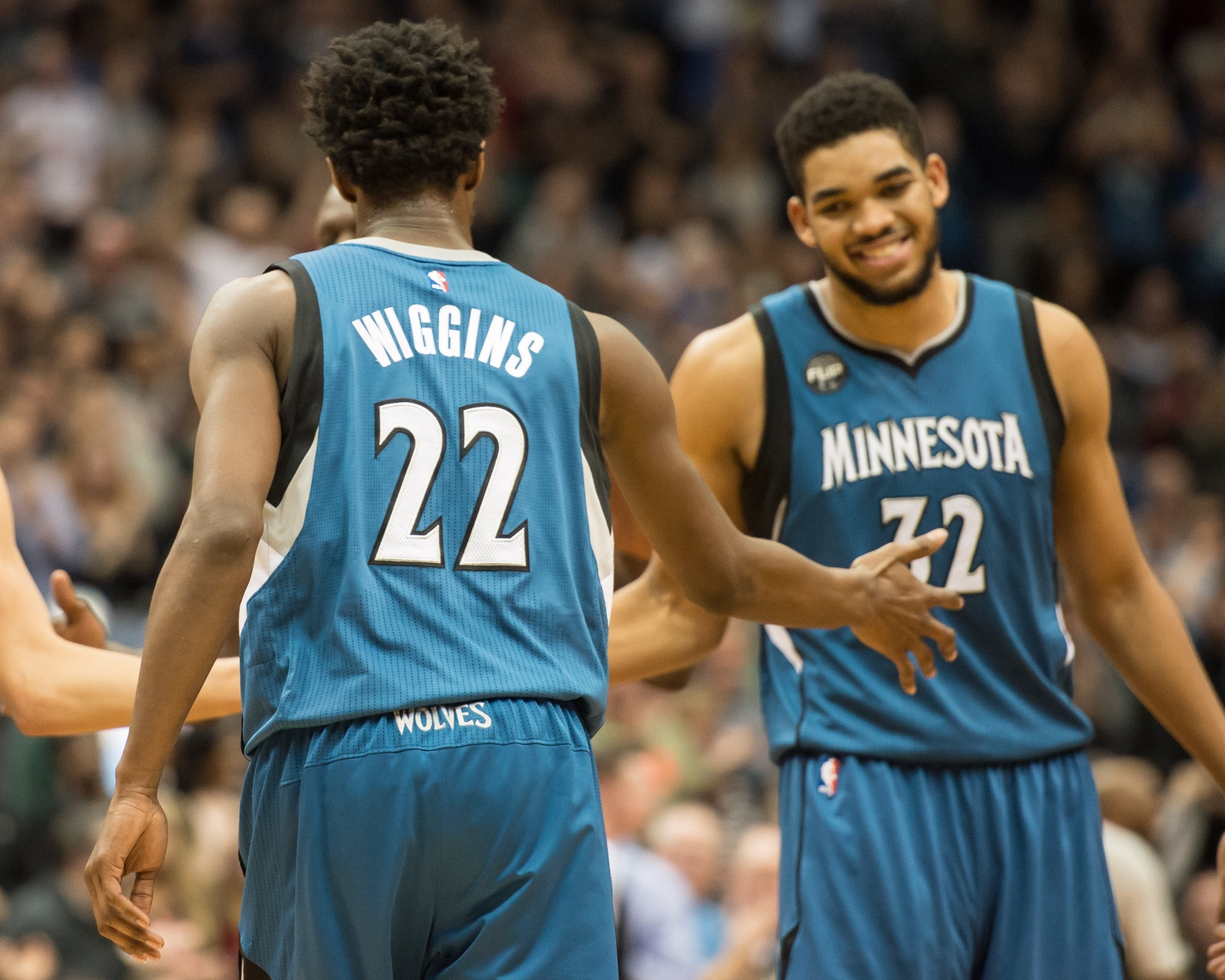 Minnesota boasts the third-worst mark in the Western Confernce at 13-26. This comes on the heels of the team hiring a defensive-minded Thibodeau in order to help it make that jump to playoff contention. And in reality, there was absolutely no reason to believe a core led by Karl-Anthony Towns, Zach LaVine and Andrew Wiggins couldn’t contend.

Now, more than two months into the season, Minnesota finds itself pretty much irrelevant as it relates to the playoff race. Despite what was expected to be a defensive-minded approach, the Wolves find themselves in the bottom seven in the Association in defensive rating and is yielding over 104 points per game.

It remains to be seen just how this will impact Minnesota’s plans moving forward. The big three mentioned above are clearly the core of the squad moving forward. But it wouldn’t be a surprise to see the Wolves move some of their secondary options as a way to shake up the rest of the roster. Either way, that’s not going to impact the fact that Minnesota isn’t going to contend for postseason basketball this spring.

Now that the young core of the Philadelphia 76ers has enabled this team to be more competitive, it’s a product worth watching. Unfortunately, the youngest member of the team has still yet to suit up. Rookie No. 1 overall pick Ben Simmons remains sidelined with a fracture in his right foot.

Simmons has since started taking part in basketball activities, but there’s still no timetable for his return.

Colangelo said that team won't rush back Simmons and there is no timetable for return. Didn't say it in a negative way, just being truthful

Simmons was an absolute freak of nature in his only season at LSU, averaging 19.2 points, 11.8 rebounds and 4.8 assists per game. He’s projected as a core All-Star for the up-and-coming Sixers. Unfortunately, we just haven’t been able to watch him on the court thus far this season.

It’s a major disappointment, especially considering just how good Joel Embiid has looked. We all want to see him and Simmons display their otherworldly talent together on the court. Hopefully, this happens sooner rather than later.

Despite their win over the equally hapless Brooklyn Nets on Thursday night, the Pelicans currently find themselves on the outside looking in out west. All this while New Orleans is in the midst of a decent run that has seen it go 15-16 after losing its first eight games of the season.

Even if the Pelicans somehow find a way to sneak into the seventh or eighth seed out west, they are likely looking at an early exit from the postseason. That’s not the way general manager Dell Demps and Co. had it envisioned when they signed Davis to a massive five-year, $127.2 million contract back in July of 2015.

In reality, the issue here has been team building around the otherworldly talent that is Anthony Davis. There’s not another player on the roster averaging as much as 15 points per game. Tyreke Evans continues to prove himself to be injury prone. And Jrue Holiday has lingered as nothing more than trade bait for the past year-plus.

Demps has failed in providing Davis with that second or third option needed to compete in the Western Conference. In the process, he is wasting one of the most-talented players on the planet.

Unfortunately for the Pelicans, they find themselves without the natural assets to add anyone worthy of being considered a second star. The team selected sharpshooter Buddy Hield in the first round of the 2016 NBA Draft. That would have been an optimal position for New Orleans to move that pick as well as Holiday for someone of more substance. Instead, Hield is sitting here as a one-dimensional player averaging less than 10 points per game as a rookie.

4. Regression in the Pacific Northwest 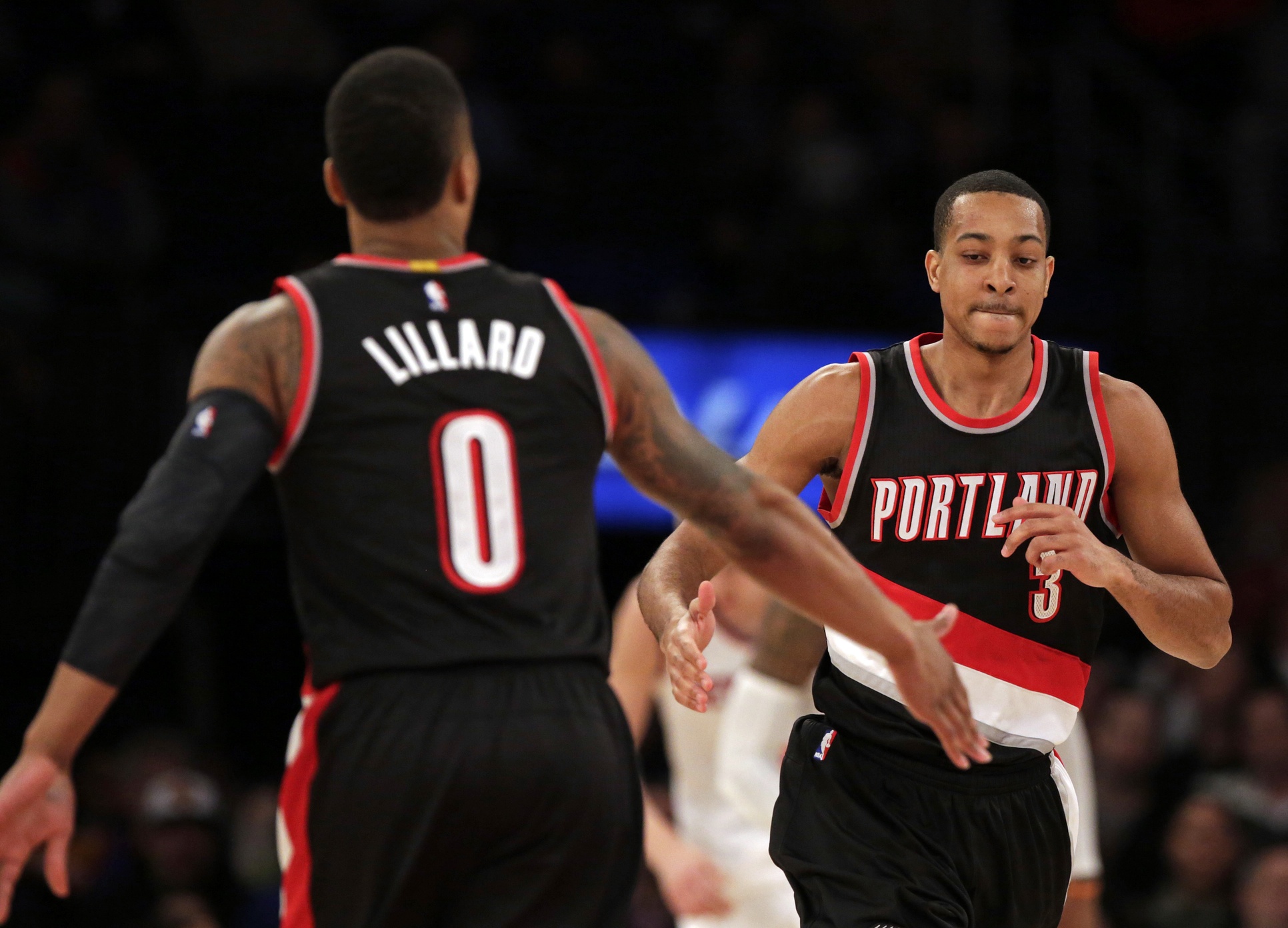 We’re not even going to get into what George Karl has said about the Portland Trail Blazers and star guard Damian Lillard. That’s so far out of bounds it’s not worthy of a mention. However, there’s most definitely something going horribly awry for Terry Stotts crew in Portland.

At 18-23, the Blazers find themselves currently in the eighth spot out west. It’s a far cry from the team that played the Warriors extremely well in the Western Conference semifinals this past summer. And in reality, it starts on the defensive end of the court.

Portland ranks 29th in the Association in defensive rating and is yielding over 110 points per game. In fact, Stotts has been forced to sub both Lillard and C.J. McCollum out during important defensive possessions. These are the team’s two best players. And they are seen as liabilities on defense.

This is something a team like Golden State can get away with when it comes to Stephen Curry. After all, the Warriors have other scoring options to rely on. They also have elite-level defenders in Klay Thompson, Kevin Durant and Draymond Green. The Blazers simply don’t have this. And it’s cost them big time.

If Portland is intent on building around Lillard and McCollum (as it should), it’s the secondary options that need to either be changed out or improve.

Remember, this is a team that has doled out a combined $255-plus million to Allen Crabbe, Evan Turner, Maurice Harkless, Meyers Leonard and Al-Farouq Aminu over the past couple years. That’s a whole lot invested in players that are not living up to their end of the bargain.

The unfortunate situation here is that other teams might be unwilling to take on their contracts in order to help the Blazers improve behind Lillard and McCollum. This has put the team in a less-than-enviable position as it falls behind other young Western Conference squads.

When the Washington Wizards signed Beal to a five-year, $127.2 million max deal this past summer, the hope was that his injury issues were behind him. Here’s an All-Star caliber player that missed 27 games last season and hasn’t played in more than 63 games in any of the past three seasons. It’s been injury after injury that’s impacted his ability to make a consistent impact.

This year alone, Beal has missed four games to injury. With that said, he’s been limited in action throughout the other games Washington has played. This has severely limited his overall impact in a season that has seen the former lottery pick average 22.5 points.

In reality, the question now needs to be asked whether Washington can rely on Beal to stay healthy over the course of an entire season. This question is magnified by the progression we’ve seen from Otto Porter Jr., who has taken on a secondary scoring role behind John Wall.

With Washington boasting a .500 record heading into the weekend, it surely is a contender for a top-five seed back east. But it needs to make sure that Beal can remain healthy. If that were to happen, the combination of Beal, Wall and Porter Jr. could do some major damage. If not, it might already be time to look for trade partners during the summer.

Following their 20-point loss to Golden State on Thursday, the Detroit Pistons find themselves at 18-23 and two games back of the final playoff spot back east. And in reality, Stan Van Gundy should be to blame for this mess. He took over what was an under-achieving, but talented roster back in 2014-15 and simply hasn’t seen the progression most had hoped for.

Detroit surprised the masses by putting up a 44-38 record and earning a playoff spot last season. The natural progression here would have been a potential 50-win season and a top-five seed. Instead, the Pistons find themselves on pace to finish 10 games under .500.

More than anything, it’s been Van Gundy’s handling of the roster that’s failed this team. The misguided trades for Marcus Morris and Tobias Harris come to mind first here.

One figures Detroit could have received more for the expiring contract of Brandon Jennings as well as Ersan Ilyasova last season. That’s only magnified by the fact that this move was made less than a year after Detroit acquired Morris from the Suns.

It’s this type of short-sighted roster building MO that has held the Pistons back. And now, less than three years into his tunure, Van Gundy is left with a one-dimensional Andre Drummond and not much else. Hence, his team’s struggles this season.

7. The same old names at the top

Raise your hand if you think anyone outside of Golden State, Cleveland and San Antonio has an opportunity to hoist the Larry O’Brien this upcoming summer. We didn’t think so.

Despite the stellar performance we’ve seen from the Houston Rockets under first-year head coach Mike D’Antoni, it seems unfathomable that this team has improved enough to even be considered a competitor to the Warriors and Spurs out west. It’s one of those, “let’s see it happen” things.

Back east, the Toronto Raptors continue to make their mark as the second-best team in the conference. It’s a title they held last season. But Dwane Casey’s squad simply hasn’t been able to break through against Cleveland. Expecting that to happen, especially after the defending champs added Kyle Korver, seems a bit ridiculous.

Unlike any of the other four major professional North American sports, it seems that parity is not the name of the game in the NBA. And while the basketball world may be jonesing for another Warriors-Cavaliers NBA Finals after what we saw on Christmas, there are 27 teams in the Association seemingly without legit chances to win the title. That’s unfortunate. That’s a disappointment.

This is also pretty unfortunate. It was just two seasons ago that the Oklahoma City Thunder missed the playoffs with a 45-37 record. As of right now, Portland boasts the eighth seed and is on pace to finish 10 games under .500.

First off, that will likely make for a boring first-round playoff series between the top and bottom seeds out west. Secondly, it now means that the likes of the Kings, Pelicans, Nuggets and Lakers are currently playoff contenders. Let’s be real here. Outside of the diehards in those four cities, not a single able-minded human thinks they are playoff-caliber squads.

The NBA’s Western Conference is so top-heavy that we could go to Vegas right now and put money on the top-four seeds to advance. We could do so without even worrying about losing money.

To put this into perspective, these top-four seeds (Golden State, San Antonio, Houston and the Clippers) are a combined 85 games over .500. The other four teams out west currrently in playoff positioning are 18 over .500. That’s a top-heavy conference, one that will lead to a boring first-round of the playoffs.