Let’s face it. When 25 people are forced to spend more than a half of a year with each other, they’re not all going to get along all that great. When MLB clubhouses don’t get along well, it provides some darn intriguing drama for all of us watching.

So, where’s that drama likely to come from in 2016? Which MLB clubhouses have the potential to erupt into a three-ring circus?

While they don’t have a player as polarizing as Yasiel Puig, the Tigers are in many ways the American League’s version of the Los Angeles Dodgers. They’ve spent a lot of money over the last several years and have fielded generally competitive teams but have been consistently disappointing in October.

This year, they spent a lot of money to bring in Justin Upton and Jordan Zimmermann and have a roster that’s more than capable of making the playoffs. Something they don’t have is an abundance of young talent, meaning the window for this nucleus to win a championship is shrinking.

As presently constructed, it’s completely unreasonable to expect that this team will contend for championships for more than maybe two seasons until a rebuilding process should take hold.

If Detroit is headed towards another disappointing season, it’s not hard to see how things would go wrong in that clubhouse.

It may not feel like the Tigers are doused with gasoline waiting for someone to light a match, as they don’t have the volatile personalities. But they do have a lot of high-priced veteran players. As they come to end of their primes they could well become frustrated if things begin to go south on the scoreboard. 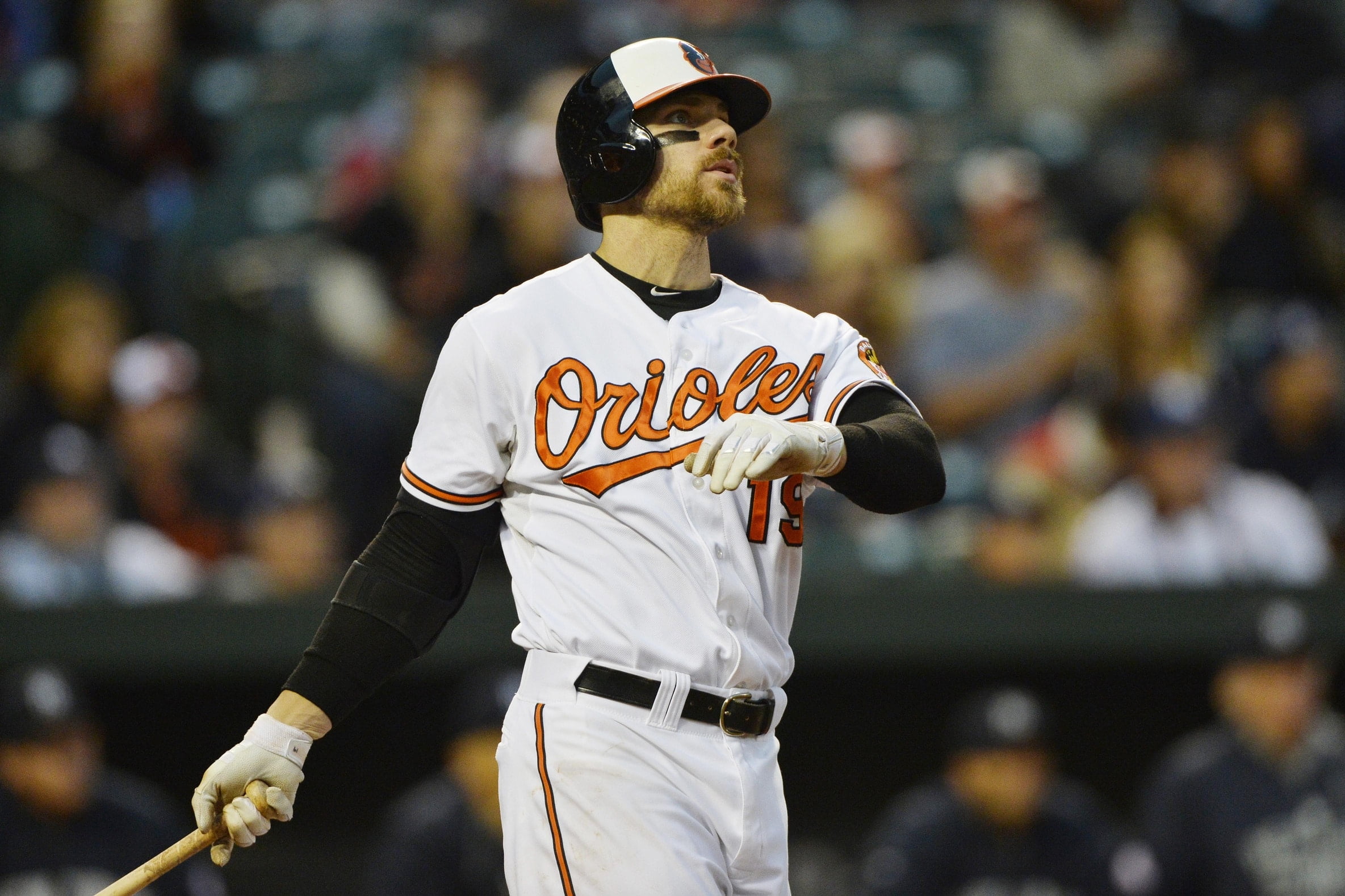 Baltimore’s one big move this off-season was bringing slugger Chris Davis back with a seven-year, $161 million contract. In and of itself, bringing back a big star wouldn’t exactly point to potential drama, but this was not a normal situation.

The potential problem comes from the fact the negotiations between Davis and the Orioles weren’t really harmonious. With that, the “I told you so” potential is off the charts. Really, there are a few ways it could happen.

The obvious potential problem will come if Davis struggles to live up to the massive contract. But also, what if he plays well, but the team struggles to compete in a winnable American League East?

It’s easy to imagine Davis getting frustrated if the team doesn’t win. They didn’t do a lot to improve this winter and if one of the other teams Crush was interested in is contending, he could well become restless. Conversely, it’s easy to see the Orioles going frustrated with Davis. Even if he performs well, the money used to pay his salary could well have been used to make the team more complete.

Baltimore isn’t as juicy as some other teams on this list, but they have a lot of questions. Even if some of those questions are answered in a good way, the potential for a disappointing season and tension is definitely there.

The Diamondbacks put so many resources on the 2016 season, potentially hurting the cause beyond 2016 in the process. To land Zack Greinke and Shelby Miller, they effectively gave up three first-round draft picks (including one first overall) and another good, young player in Ender Inciarte.

Scott Miller of Bleacher Report produced a long, detailed report about the issues with Yasiel Puig and the Los Angeles Dodgers. While Puig was the main subject, Greinke also featured prominently. It’s certainly not crazy to think that some of his problems could resurface in Arizona, even minus Puig.

The goal of much of the National League West this decade has been to catch the Dodgers and San Francisco Giants. Los Angeles has three straight NL West titles, while the Giants have three World Series victories since 2010.

The Diamondbacks have been the most successful of the remaining three NL West teams, even winning a division title in 2011. But they still are significantly behind the two heavyweights. They invested a lot of money and gave up a great deal of potential talent to try to compete with those two teams this year.

What happens if we get into the summer and the Dodgers and Giants are 10 games clear of the rest of the division? How does a team like Arizona deal with that? Will Greinke begin to get frustrated and wish he’d gone elsewhere? Will the team begin to resent his contract, wishing that money had been spent elsewhere?

Many other teams on this list have recent history of in-fighting, or players with combative, big egos. Other than Greinke, the Diamondbacks don’t really have that. But they do have a burden of expectation for the first time in a while and with that will certainly come tension. If success doesn’t follow, this team has the potential to blow.

What happens if Pablo Sandoval and Hanley Ramirez continue to struggle? What happens if David Price and Craig Kimbrel don’t quite pitch to their expectations?

If 2011 and 2012 are any models, high-priced newcomers who fail to performing will not be received well in Boston. Adding to the tension is the fact that the Red Sox are coming off of consecutive last-place finishes in the American League East.

Under normal circumstances, Boston would probably be a little higher. But given that 2016 is also the final season for franchise icon David Ortiz, the combustibility level is not quite as high. If the Red Sox are out of contention, they can and will make honoring Ortiz a priority down the stretch, similar to what the Yankees did with Mariano Rivera and Derek Jeter in 2013 and 2014, which could create a diversion.

But being more harmonious than 2011 and 2012 is not saying much. If this team doesn’t contend, there will almost certainly be a great deal of drama emanating from Fenway Park in 2016. 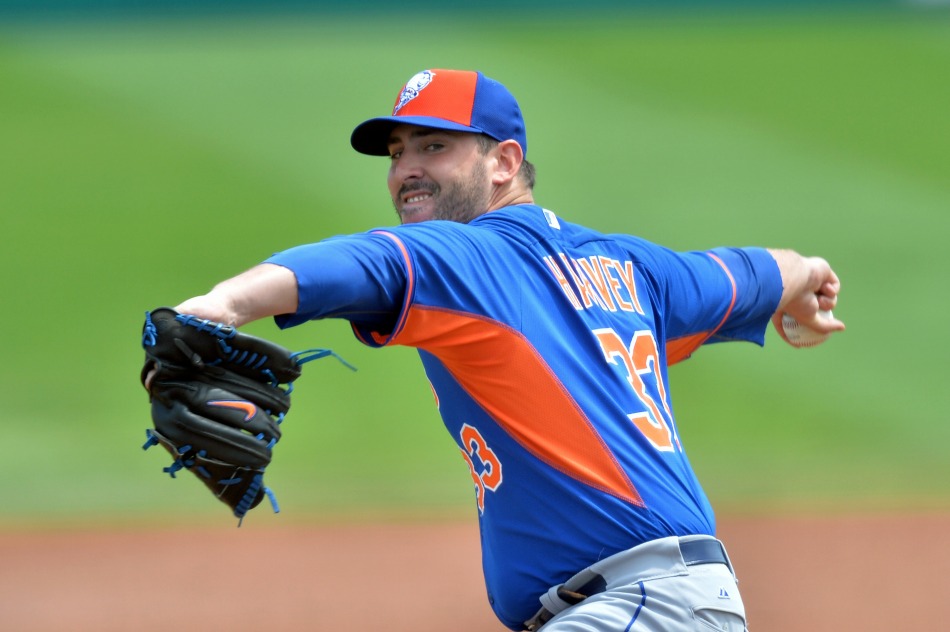 The reigning National League champions have a combustible element to them.

For those of you who may not remember, the final month of the regular season involved a great deal of drama around the Mets, pitcher Matt Harvey, and his agent, Scott Boras, concerning how many innings Harvey should pitch.

Things seemed to be on track in the playoffs, but then a very disappointing World Series happened. The Kansas City Royals downed the Mets in five games. But the Mets led in every game, lead into the ninth inning in two of their four losses, and into the eighth inning in another.

Harvey was on the mound in the final game, talked his way back on to the mound for the ninth inning, allowed two runners to reach, both scored, and the Royals won in extra innings.

Let’s recap: A season that included drama about Matt Harvey being overused ended in no small part because the manager let him in a game too long.

The Mets have high expectations again in 2016 and play in a big market. Given that their season ended in such a bittersweet way, the potential for internal bitterness lingers. It also has potential to be overshadowed, as they share a market with another tension packed team.

Expectation reigns with both New York teams and like the Mets, the expectation brings a sizable explosion risk.

Aroldis Chapman, the Yankees prized offseason acquisition, gives the Yankees a fantastic bullpen, but he didn’t have a great off-season. While Chapman will not face domestic violence charges, the severity of the allegations means that this issue will not go away any time soon, and it shouldn’t. This is something that the Yankees will hear about.

Another key acquisition was Starlin Castro, who has a load of talent but also had focus issues throughout his career with the Chicago Cubs. If Castro’s lack of focus costs the Yankees a game, it will be a big story in New York and probably nationwide.

Lastly, we can’t forget about the Yankee who’s been there the longest, Alex Rodriguez. While 2015 was fairly peaceful, what will happen if he’s not as productive on the field in 2016? It’s hard to think that his once fractured relationship with the front office is entirely healed.

The powder keg that is the New York market will certainly not make things easier if the team is struggling on the field.

But as potentially combustible as all of those situations are, none of them are quite at the level of these final two teams.

Here’s a great place to start.

Not only are Jonathan Papelbon and Bryce Harper both still on the Nationals, but they are two of the team’s best, most high-profile players. Papelbon also filed a grievance against Washington for his suspension. While that may be fairly standard in these situations, it doesn’t speak to a peaceful relationship between a team and a player known for his intensity.

Washington has been one of the best teams in the league since 2012. Still, they have yet to win a single playoff series. Their new manager, Dusty Baker boasts a solid 840-715 record but has never won a World Series and owns a 3-7 postseason series record (19-26 in games).

This is the kind of team that can win a World Series and be a zoo (like the 1977-78 Yankees). It’s also a team that has a suddenly shrinking championship window and if it becomes apparent that they will not win in 2016, all bets are off.

Miller’s aforementioned report quoted a former teammate calling Puig “the worst person I’ve ever seen in this game, ever.”

That quote may not top an interview given this offseason by Andy Van Slyke. Van Slyke is not only a former big leaguer, but he has credibility when speaking on the Dodgers as he’s the father of current Los Angeles outfielder, Scott Van Slyke.

While no names were given by Van Slyke, the Dodgers’ best and highest-paid player is Clayton Kershaw.

Puig is still on the Dodgers. If a guy like that is lingering, the combustibility rating is off the charts high.

Also, imagine the tension that will come if Dodgers players get the feeling that Puig’s presence drove Greinke to Arizona. Now, imagine how much that tension increases if Los Angeles is not playing up to its potential, especially if Puig is struggling and Greinke is thriving in Arizona.

In the immortal words of Terrell Owens, get your popcorn ready.