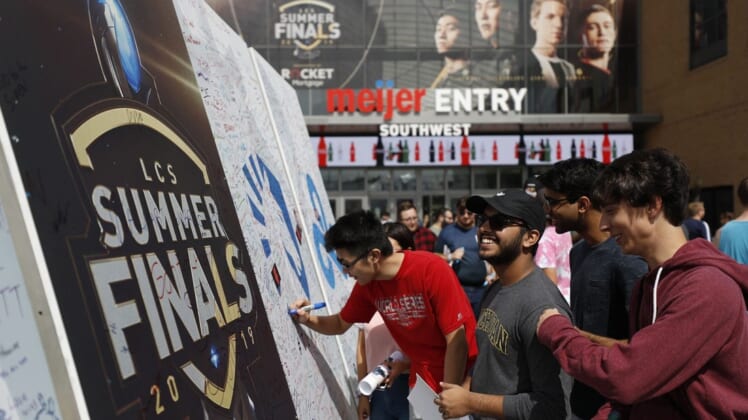 The Evil Geniuses ran their winning streak to five matches on the first day of Week 5 action Saturday to remain two up on a pair of teams at the LCS 2022 Summer Split event.

The Geniuses (9-1) defeated Counter Logic Gaming (5-5), while their closest pursuers, 100 Thieves and Team Liquid, stayed two games back at 7-3. The Thieves defeated TSM (3-7), while Liquid dispatched the Immortals (2-8).

The Geniuses, playing on blue, won their match in 25 minutes. Kacper “Inspired” Sloma of Poland led the win with a kills/deaths/assists ratio of 6/0/9, while Juan Arturo “Contractz” Garcia posted a 2/2/1 for CLG.

Led by Australian Ian Victor “FBI” Huang, who finished with a KDA of 6/0/4, the Thieves won their match in 27 minutes while playing on red. No player for TSM had more than one kill.

Liquid, also playing on red, needed 35 minutes to dispose of the Immortals. Gabriel “Bwipo” Rau of Belgium posted a dominating 11/3/2 for the winners, while Lawrence “Lost” Sze Yuy Hui finished at 3/3/2 for the Immortals.

Cloud9 played on red and defeated Dignitas in 35 minutes. Kim “Berserker” Min-choel of South Korea led the way with a 4/2/4, while Trevor “Spawn” Kerr-Taylor tallied a 4/1/2 for Dignitas.

FlyQuest, playing on blue, were led by Brandon Joel “Josedeodo” Villegas of Argentina, who registered a 7/1/5 in their 30-minute win. Eric “Licorice” Ritchie of Canada posted a 3/5/2 for the Guardians.