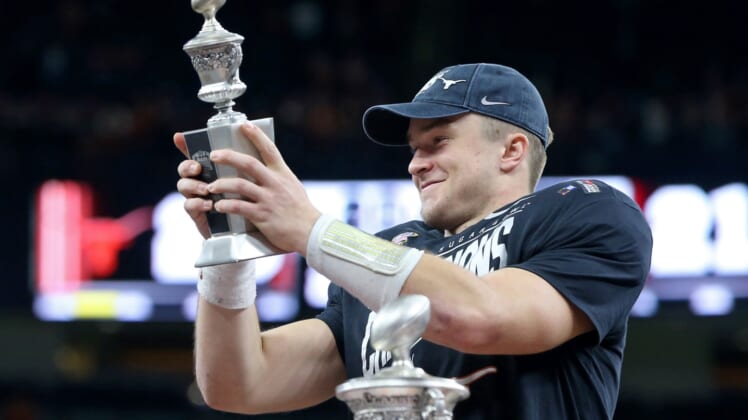 LSU head football coach Ed Orgeron has a different take than his star outside linebacker when it comes to Texas quarterback Sam Ehlinger.

Per Bruce Feldman of The Athletic, the coach said Ehlinger reminds him of Tim Tebow, but that “he’s a better thrower.”

Tebow is perhaps the greatest college football quarterback to ever play the game. So, to not only compare Ehlinger to him but also give him an upgrade is pretty significant.

The Longhorns and Tigers are preparing to go head-to-head Saturday in Austin, Texas Saturday night in a game that’s being televised nationally on ABC. This game is absolutely huge for both programs, as it will set an early tone about national relevancy — win or lose.