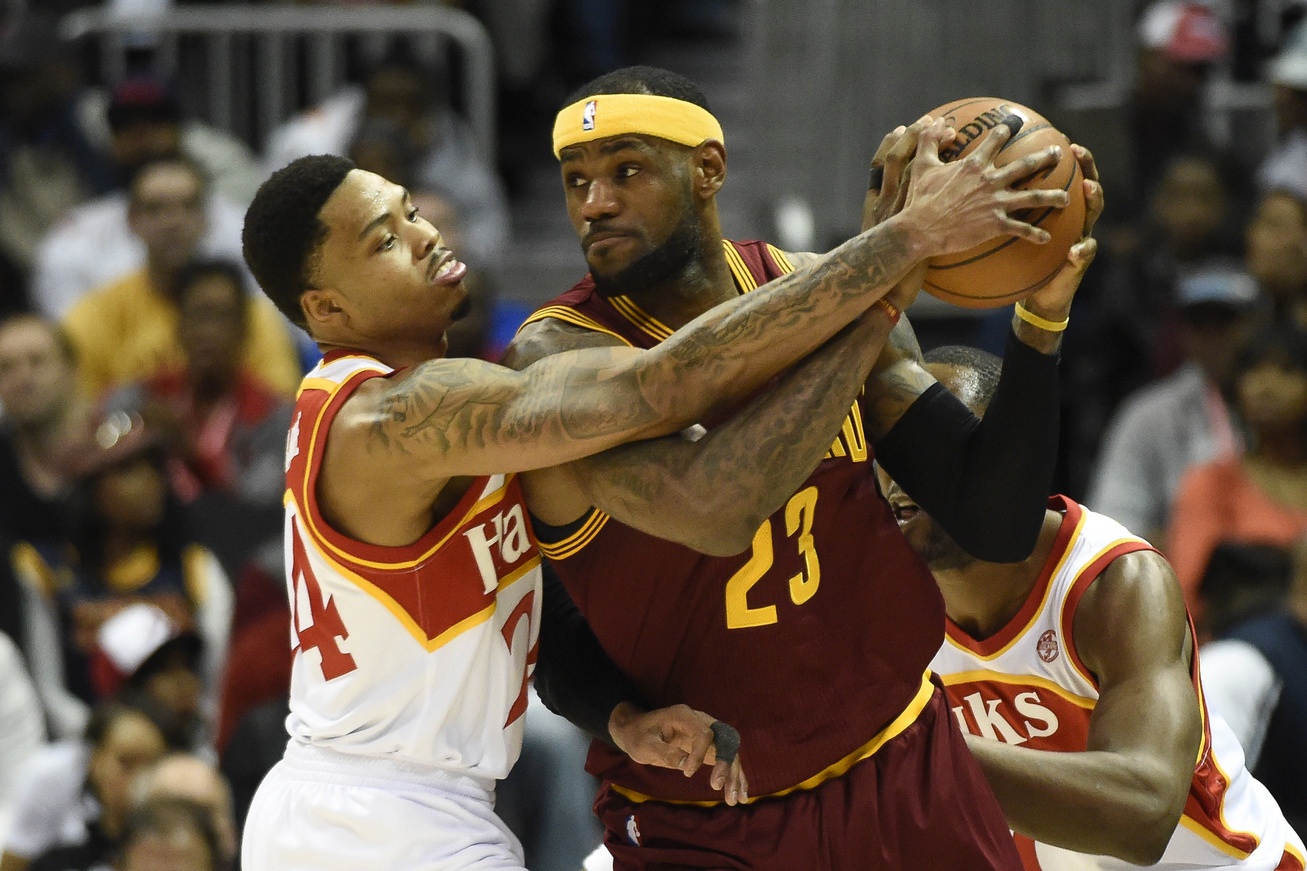 Twelve of the 16 NBA Playoff spots have been locked up. Only one spot remains in the Western Conference while six squads are vying for the final three positions in the wide-open Eastern Conference.

And with just one week remaining, a lot still has to be decided as it relates to seeding in each conference.

The Hawks wrapped this sucker up a while ago. Cleveland is also going to start the playoffs as the second seed. The biggest fight for home court will take place between the No. 4 and No. 6 seeds as they currently stand. Toronto wrapped up the Atlantic Division last month, which means that it will have one of the top-four seeds. The final home court spot in the first round will pretty much be decided between the Bulls and Wizards. Of Chicago’s final five games, only the season finale against the Hawks will come against a team that’s currently in the playoffs. Meanwhile, two of Washington’s final five games will come against playoff teams (Atlanta at home, Cleveland on the road).

This is where it gets confusing. There are six teams battling for the final three seeds. Milwaukee is currently three games ahead of Indiana and Miami, both of whom are one game behind Boston and Brooklyn for the final two spots. Meanwhile, Charlotte is three games out of the final seed and has to leap two teams in order to even reach that point. This is all an indication that the Bucks are in and the Hornets are out. That leaves Boston, Brooklyn, Miami and Indiana battling it out for two spots. The sixth seed is important here, especially considering it will avoid Atlanta and Cleveland in the first round.

If the Playoffs Started Today

Unlike the Western Conference, it’s extremely unlikely that any of these matchups will occur when all is said and done. As we mentioned before, four teams are battling for the final two spots (assuming Milwaukee is in). Even if Milwaukee is safe, it’s only two games ahead of Boston and Brooklyn for that all-important sixth spot. Also yet to be determined is who will nab the fourth seed in a potential Bulls-Wizards first-round series. Though, both teams still stand a chance of topping the Raptors for the third seed.