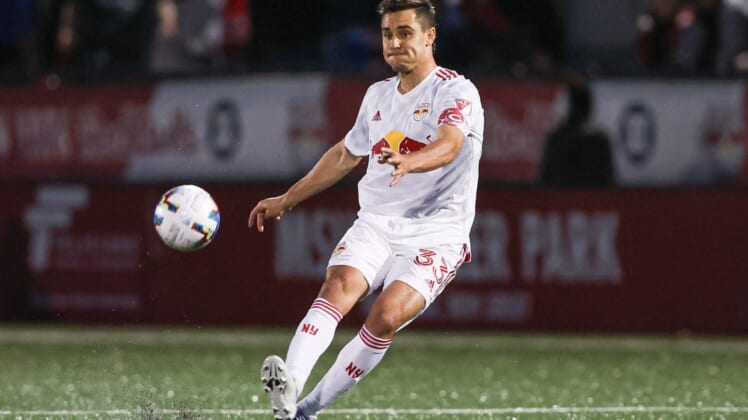 While the New York Red Bulls are in a crowded four-team race at the top of the Eastern Conference standings, FC Cincinnati is trying to add another contender into the mix.

New York will attempt to widen its conference lead Saturday when it visits FC Cincinnati, who are in a bid to stretch their unbeaten streak to five games.

The Red Bulls (9-5-5, 32 points) began the weekend with a two-point lead over the second-place Philadelphia Union and a three-point edge over CF Montreal and New York City FC. The Red Bulls moved into the top spot by virtue of their 2-1 win over visiting Atlanta United on June 30 and a 1-0 win over host Sporting Kansas City on Sunday.

Against Atlanta United, the Red Bulls got two goals after the 80th minute, and at SKC, they received a goal from Aaron Long early in the second half to snap a four-game road winless skid. The Red Bulls played with 10 men for the final 17 minutes of the SKC game after Sean Nealis picked up a red card.

“We can’t let it get to our heads. Every point matters,” Red Bulls defender John Tolkin said. “Obviously, we’re in a good place right now. If you compare it to last season, I think we’re just doing so much better.”

FC Cincinnati (7-7-3, 25 points) is in a three-way tie fifth with Orlando City and the New England Revolution. The club also begins this weekend four points behind NYCFC and CF Montreal.

Since taking consecutive losses to New England and Montreal, Cincinnati is 1-0-3 in its past four contests. After settling for a 4-4 tie against visiting NYCFC on June 29, Cincinnati trailed twice before coming back for a 2-2 tie at New England on an own goal and a score from Brenner.

“I think it’s a good sign from this group that we’re pushing for more this year, and we think we can get more out of these games,” FC Cincinnati rookie goalkeeper Roman Celentano said. “We’re happy with some of the results but we’re not satisfied in any way.”