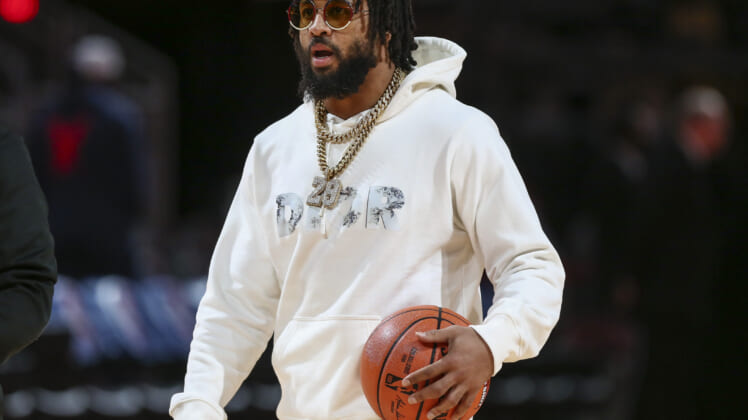 Two weeks after an arrest warrant was issued against Earl Thomas, the former All-Pro safety was arrested on Friday in Orange County, Texas.

Thomas, age 33, last played in the NFL during the 2019 season and he earned the seventh Pro Bowl selection in his career. However, off-field issues and a fight with a teammate led to the Baltimore Ravens releasing him.

On April 27, an arrest warrant was issued against Thomas charging the 5-foot-10 safety with a third-degree felony for violating a protective order from his ex-wife.

According to reports, Thomas is accused of sending threatening text messages to his ex-wife. In those messages, the woman accuses Thomas of making threats to her and her children. He also allegedly threatened to poison his ex-wife and told her he had two handguns in his possession, per the Austin American-Statesman.

The texts were sent just days before ESPN’s Adam Schefter reported that Thomas wanted to return to the NFL. While he played at a high level during his NFL career, teams have avoided signing him due to concerns about his behavior and maturity.

Following the latest arrest, it’s safe to assume Thomas’ hopes for an NFL comeback are over.