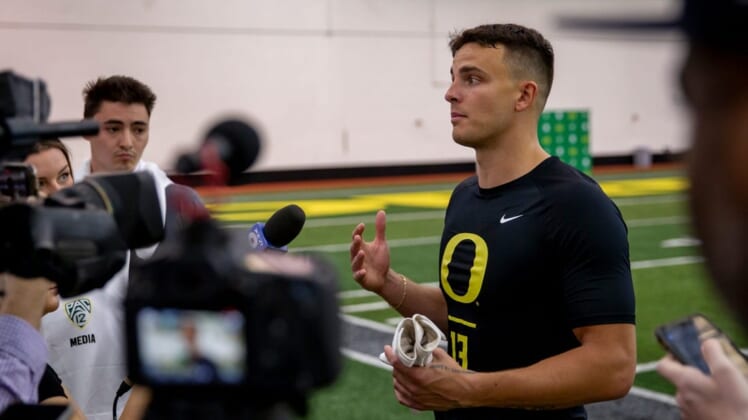 Allen, a two-time Olympian, was gunning for the mark from the outset.

“I thought I could break the record today,” Allen said, according to NBC Sports Philadelphia. “Clean up a few things, and four hundredths of a second is four thousandths of a second per hurdle, which is so small. Going to have to wait for another race.”

Allen plans to compete in track through July before turning his attention to football. The Eagles signed him after he turned in an unofficial 4.35 seconds in the 40-yard dash at Oregon’s pro day earlier this year.

“When I’m doing so much — like football and track, trying to balance them both — I need to be really conscious of my recovery, my sleep, my diet, everything like that,” Allen told reporters.

“So it had me locked in a little bit more, and obviously it’s working out.”