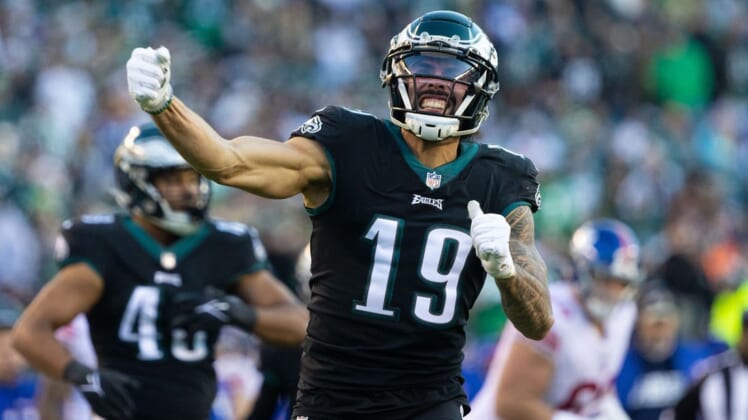 The Seattle Seahawks traded defensive back Ugo Amadi to the Philadelphia Eagles for wide receiver J.J. Arcega-Whiteside on Monday, NFL Network and The Philadelphia Inquirer reported.

Arcega-Whiteside, 25, caught 16 passes for 290 yards and a touchdown in 40 career games (seven starts) for the Eagles, who selected him in the second round of the 2019 draft.

Amadi, 25, started 12 games for the Seahawks the past two seasons but was set to be released by Seattle, per reports. He has 125 tackles and an interception in 47 games since the Seahawks selected him in the fourth round of the 2019 draft.