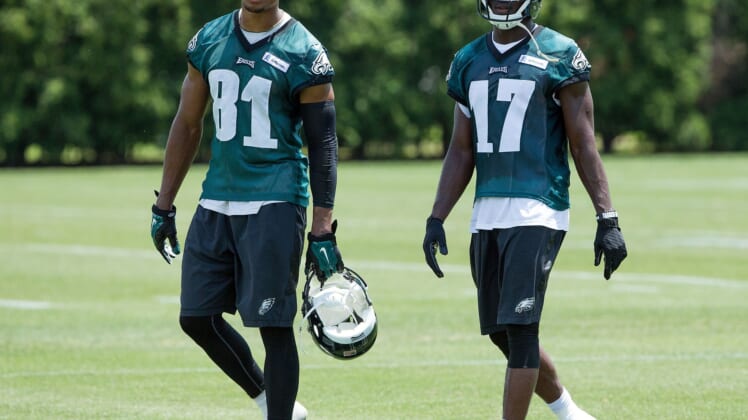 It’s an interesting set of trades by Buffalo.

Watkins hasn’t been able to stay healthy the past two years, missing 11 games due to foot injuries. But when he’s healthy, Watkins is one of the most dynamic receivers in the game. Throughout his first three years in the NFL, the Clemson product has caught 153 passes for 2,459 yards and 17 touchdowns.

Mathews, who was drafted the same year Watkins came into the league, brings a different skill set to Buffalo. He’s much more of a possession receiver, but he can produce. In his first three years, he’s caught 225 passes for 2,673 yards and 19 touchdowns.

Buffalo essentially traded Gaines for Darby in these two trades, as well. Darby has started 29 games the past two years for the Bills, tallying 121 tackles and two interceptions, which is very similar to the type of production Gaines has given the Rams the past few seasons.