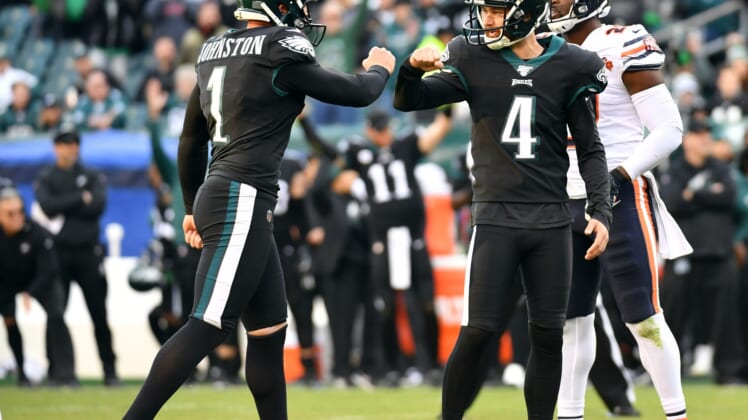 At a time when many NFL teams are struggling to find a reliable kicker, the Philadelphia Eagles made sure Jake Elliott will remain their kicker for years to come.

According to NFL Network’s Ian Rapoport, Philadelphia signed Elliott to a five-year extension worth approximately $21.8 million. The deal, which includes $10.45 million guaranteed, makes him the third-highest paid kicker in the NFL.

Elliott, a fifth-round pick in the 2017 NFL Draft, enters Week 13 on a streak of perfection. He has converted all 13 of his field-goal attempts this season and holds the NFL’s longest, active streak with 17 consecutive field goals made.

The 24-year-old’s consistency since being drafted has quickly made him one of the NFL’s best kickers. He converted 26-of-31 field-goal attempts in each of his first two NFL and has made more than 90 percent of his extra-point attempts each year.