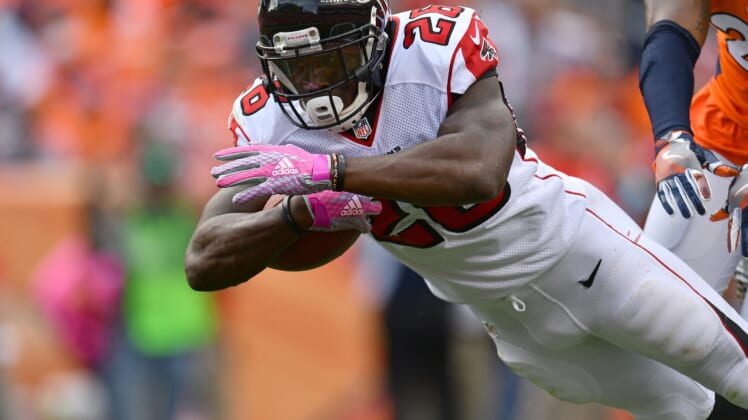 It would appear that impending free agent running back Tevin Coleman of the Atlanta Falcons could be on the move soon. Reportedly, the Philadelphia Eagles are giving him some serious consideration.

"Tevin Coleman is 100% on the Eagles radar." – @MikeGarafolo

Coleman played in all 16 games for Atlanta last season — recording 800 rushing yards at a pace of 4.8 yards per carry. He also tallied 276 receiving yards and scored a total of nine times.

He would be a solid  addition who could help boost and Eagles rushing offense that ranked an awful 28th in the league last season.

Provided Coleman feels the same about about joining the Eagles, a signing could be coming very quickly here.