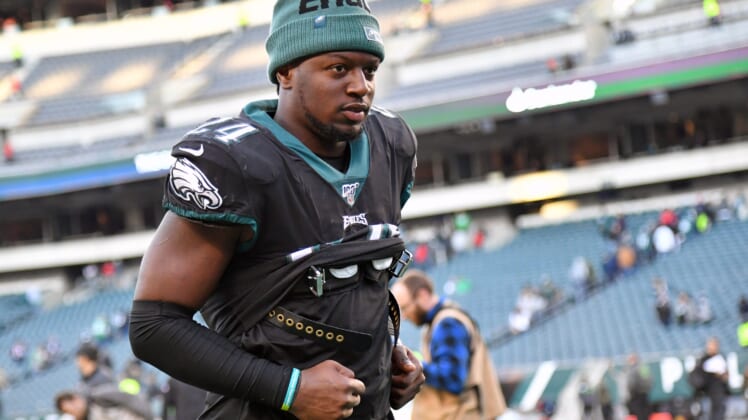 After missing six weeks with a shoulder injury, Philadelphia Eagles running back Jordan Howard will return to the field for Sunday’s upcoming game against the New York Giants.

Howard last played in Week 9 and returned from the team’s bye the following week listed on the injury report with a shoulder injury. It proved to be significant as Friday marked the first time doctors cleared him for practice since he first suffered the injury.

While the 25-year-old played very well before the injury and became the Eagles’ primary running back with 525 rushing yards and seven total touchdowns in nine games, he now returns to a backfield dominated by rookie Miles Sanders.

After defeating the Dallas Cowboys in Week 16, the Eagles just need to win on Sunday to win the NFC East and advance to the playoffs. Now with Howard back, they are in great position to beat the Giants and keep their Super Bowl hopes alive.