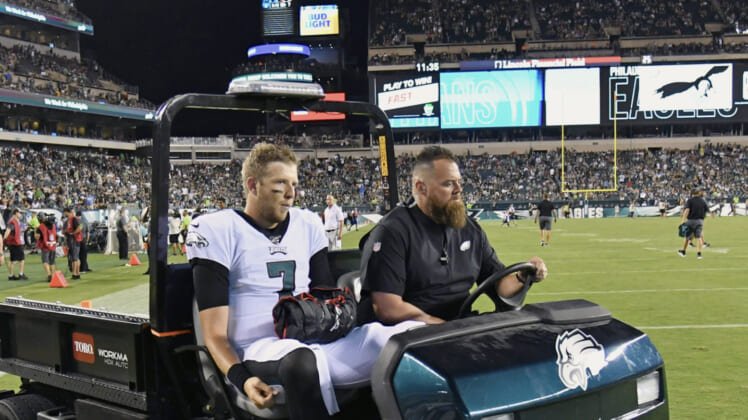 The Philadelphia Eagles are now stuck between a rock and a hard place at the quarterback position.

Starter Carson Wentz is coming off a back injury and has been unable to complete each of the past two seasons. Former Super Bowl MVP Nick Foles signed with the Jaguars back in March.

That left backup duties up to impressive young quarterback Nate Sudfeld. Unfortunately, he went down to injury during Thursday’s preseason opener against the Tennessee Titans.

That’s obviously a long-term injury to the backup quarterback. While Peterson did note that Philadelphia will rely on Cody Kessler as a backup, he’s not proven capable in the past.

The Eagles will now have to look at a watered-down free-agent market. Could this one former Super Bowl quarterback be an option?