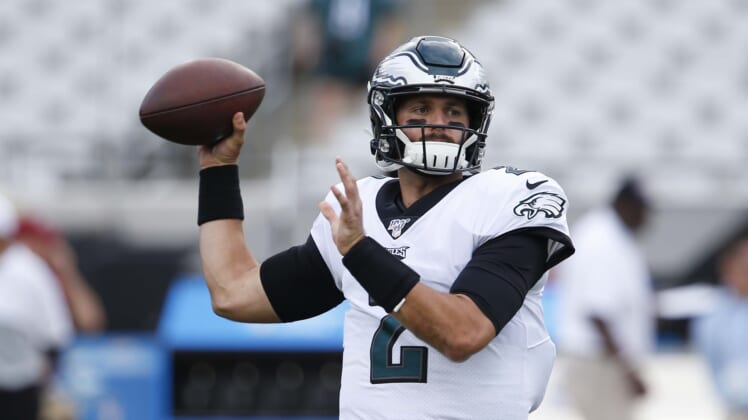 As if the backup situation behind Philadelphia Eagles quarterback Carson Wentz couldn’t get worse, the team suffered another blow during Thursday’s game against the Jacksonville Jaguars.

Quarterback Cody Kessler, who started in place of Nate Sudfeld following a broken wrist, went into the locker room on Thursday night after sustaining a head injury that is being treated as a potential concussion.

Philadelphia continues to hold out Carson Wentz from preseason action to keep its franchise quarterback healthy heading into the regular season. However, the recent hits behind Wentz are alarming given Wentz’s history of season-ending injuries.

Quarterback Clayton Thorson took over during Thursday’s game and is now the only active quarterback available for the game. Philadelphia will likely have to sign another quarterback before the weekend arrives.