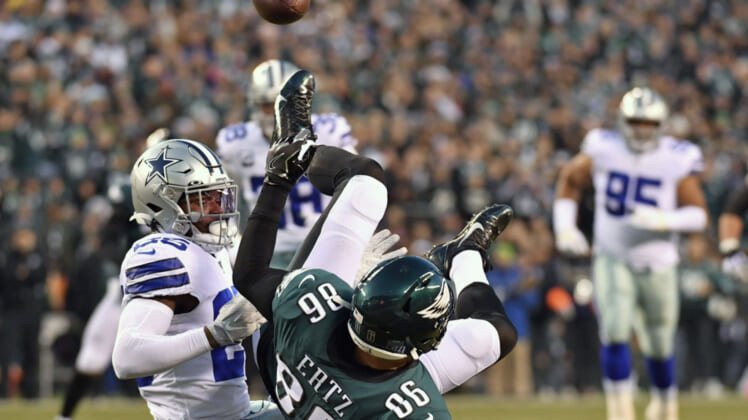 The Philadelphia Eagles could very well be getting two key offensive pieces back in the mix for Wildcard Weekend against the Seattle Seahawks.

The team released its final injury report ahead of Sunday’s game. Right tackle Lane Johnson (ankle) and tight end Zach Ertz (ribs, back) are both listed as questionable.

This is interesting in that Johnson missed the final practice before this weekend’s game. He joined receiver Nelson Agholor in being sidelined. Agholor, as noted above, has already been ruled out.

Johnson missed the final three games of the regular season while Ertz sat out Week 17’s win over the New York Giants with a fractured rib and lacerated kidney.

Needless to say, it would be a major boost for Philadelphia if both were able to go. Specifically, Carson Wentz is much better with Johnson in the mix and has relied more on Ertz than any other pass catcher in Philly.