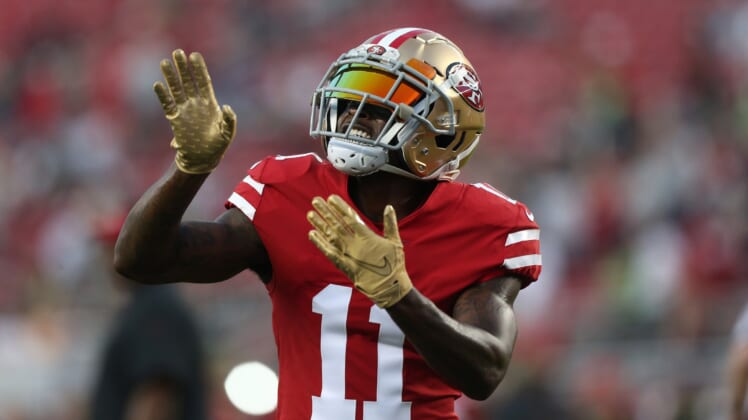 The Philadelphia Eagles have landed one of the fastest men in the NFL after making a trade with the San Francisco 49ers for Marquise Goodwin.

Matt Maiocco of NBC Sports Bay Area provided the terms of the trade.

The 49ers had Goodwin on the trade block and made that crystal clear before the draft, so it’s not surprising Goodwin was moved.

For Philly, this move doubles down on adding speed to the Eagles offense. They took Jalen Reagor out of TCU in the first round, and adding Goodwin to the mix could prove highly beneficial to the big-armed Carson Wentz

Goodwin is an Olympic-caliber athlete who also can fly on the gridiron. Throughout his NFL career, he’s averaged 16.6 yards per catch and has caught 13 touchdowns.