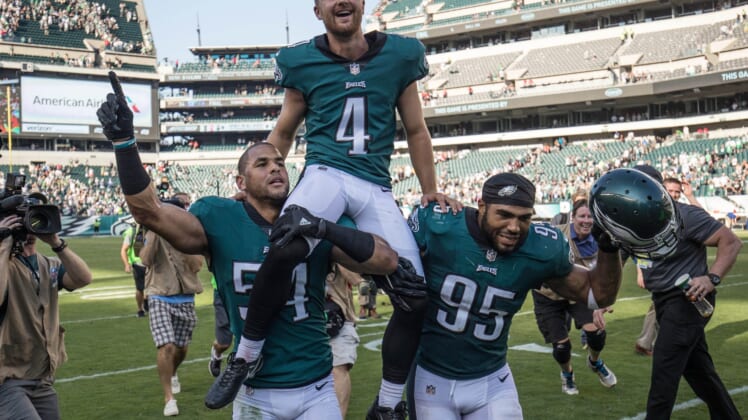 Apparently, some Houston Texans players were in the holiday spirit when trying to taunt Philadelphia Eagles kicker Jake Elliott. He had the last laugh.

Elliott buried a 35-yard field goal as regulation expired in their Week 16 clash, giving the Eagles a 32-30 victory and keeping them alive in the NFC wild-card race.

And on Monday, he trolled the Texans.

Elliott is listed at 5-foot-9 and 167 pounds, so, yes, he’s objectively a small person compared to the average football player.

But his job description is simple: Split the uprights.

When the Eagles needed him most, Elliott — who had missed an extra point earlier in the game — knocked home the game-winning kick.

Take that, Houston. No Christmas presents for you.