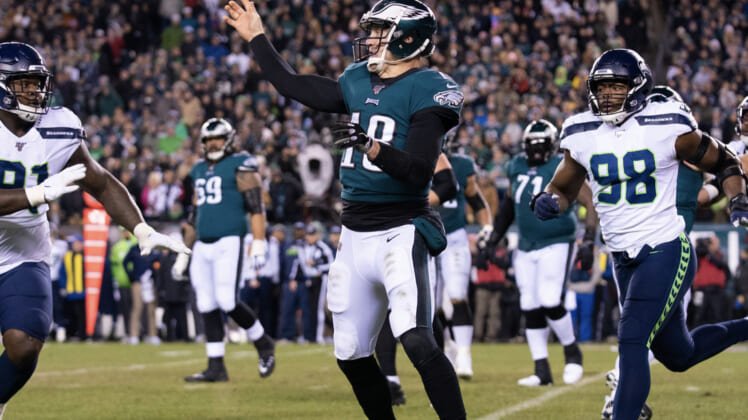 The Philadelphia Eagles likely didn’t want to be a part of history on Sunday against the Seattle Seahawks. At the very least, not this kind of history.

Eagles starting quarterback Carson Wentz exited the game in the first half with a concussion and was ruled out immediately prior to the start of the second half.

In his stead, the 40-year-old Josh McCown made his NFL Playoff debut after 17 seasons. In doing so, McCown became the oldest player in league history to make his postseason debut.

Longevity. The lack of capable backups. Both of those things played a role here.

McCown threw his first pass in the NFL for the Cardinals back in 2002. Wentz himself was a ripe nine years old at the time. Eagles head coach Doug Pederson was backing up Brett Favre in Green Bay.

How crazy is this? McCown fed the last handoff of Emmitt Smith’s career. He was also on the pitching end of Larry Fitzgerald’s first ever reception.