Eagles’ Jay Ajayi comments on trade from the Dolphins 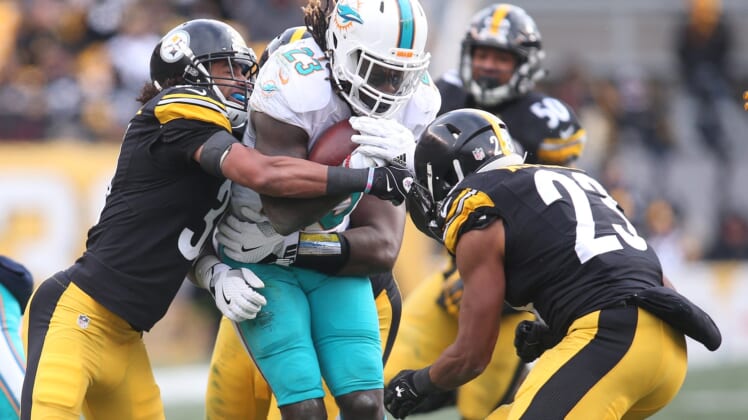 The Miami Dolphins traded Pro Bowl running back Jay Ajayi to the Philadelphia Eagles in what has to be considered a shocking deal Tuesday morning.

It’s a trade that has wide-ranging ramifications for both the Dolphins and the Eagles. Still in the AFC Playoff race, Miami is pretty much giving up on the season following a 40-0 blowout loss to the Baltimore Ravens last week.

Meanwhile, Philadelphia gains a major upgrade on the ground and in pass protection as it looks to build off a 7-1 start to the season.

“Thankful for the relationships & memories MIA…THE TRAIN ROLLS ON TO PHILLY #EAGLES.”

Ajayi avoided blasting his former team. Instead, the focus was on the memories and relationships he built in two-plus seasons in South Beach.

After putting up north of 1,400 total yards and eight touchdowns last season, Ajayi now joins what promises to be a dynamic backfield in Philadelphia with youngster Carson Wentz tossing the rock. Surely, he’s excited to join the best tam in the NFL.